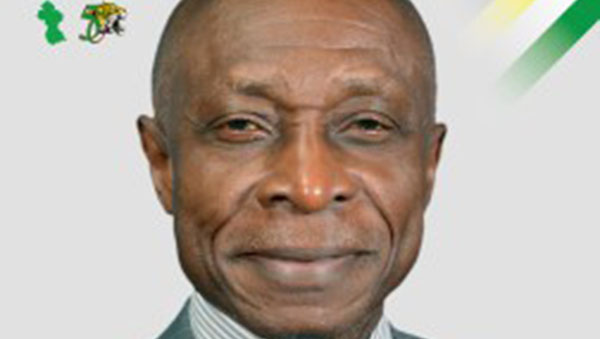 Guyana's Vice-president and Minister of Foreign Affairs, Carl B. Greenidge, a British and Guyanese citizen, is among four government ministers, who resigned, earlier this week. The other three are: Minister of State, Joseph Harmon, who holds, both Guyanese and United States citizenship; Minister of Business, Dominic Gaskin; and Minister of Public Service, Dr. Rupert Roopnarine.

TORONTO, Ontario, September 21, 2017 — Officials from Guyana’s Foreign Affairs Ministry will be in Toronto, next week, to consult with the republic’s Diaspora in Canada about its Diaspora Engagement Strategy.

On Wednesday, September 27, the Head of the Diaspora Unit, in the Ministry of Foreign Affairs, Michael Brotherson; Guyana’s High Commissioner to Canada, H.E. Clarissa Riehl; and the country’s Acting Consul General in Toronto, Candida Daniels, will engage attendees and elicit input, at a “Consultative meeting on Guyana’s Draft Diaspora Engagement Strategy” that is being organised by the consulate in Toronto.

In collaboration with the International Organization for Migration (IOM), the Ministry is currently working to finalise Guyana’s Diaspora Engagement Strategy, which is aimed, primarily, at developing a sustainable and enhanced relationship between the government and its Diaspora.

Chaired by the Minister of Foreign Affairs, Carl B. Greenidge, a Cabinet Sub-Committee has been mandated to study and make recommendations for the finalisation of the Diaspora Engagement Strategy.

The purpose of the Consultative Meeting is to garner further views and recommendations from the Guyanese Diaspora in Canada on the elements that should constitute the Strategy, the consulate said, in a release.

In addition to Brotherson, the other resource persons at the meeting will be Robert Natiello, the IOM’s Regional Coordination Officer for Caribbean and Chief of Mission in Guyana; and Arnon Mantver, an IOM consultant on the Draft Strategy.

On the Ministry’s website, under the title, “Engaging Guyana’s Diaspora”, the government notes the importance of harnessing the significant potential of its Diaspora.

It points to the enormous “wealth of resources, from political and economic to human capital, offered by the Guyanese Diaspora” that can contribute to boosting “local development, through trade, partnerships, investments and philanthropy.

“Accordingly, the government is extremely mindful of this crucial group to national development efforts.”

Recently, the government has been focused on “…implementing efforts to harness available skills and expertise, to bolster the soon-to-be-finalised Guyana Diaspora Engagement Strategy and Action Plan, which was featured during the recently-held Diaspora Engagement Conference — organized and staged, in July, by the University of Guyana — in Georgetown.

Speaking at that event, on behalf of the Minister of Foreign Affairs, Brotherson outlined the government’s approach.

Noting that the majority of Guyanese resided abroad, he stated that, consequently, it had become even more necessary to define a structured policy that attended to their concerns, and provided a platform for mutual communication and information-sharing.

In May, in collaboration with the IOM, the Foreign Affairs Ministry launched the country’s first “Go See Visit”, a pilot project, which brought 10 entrepreneurs from Canada, the United Kingdom and the United States to Guyana, to explore the possibility of establishing local businesses and increasing employment opportunities in low-income communities.

Acknowledging the vital role the Diaspora can play in Guyana’s development, Foreign Affairs Minister Greenidge has stressed that the Guyanese Diaspora “will certainly influence the future of the country” and he added, “The government of Guyana remains dedicated to strengthening the infrastructure that facilitates partnerships and deepens mutual commitment with the Diaspora”.

The consultative meeting will be held in the Winter Room, of the Centennial College Event Centre — from 7:00PM to 9:00 PM — at 937 Progress Avenue, in Toronto.

To reserve a place at the consultative meeting — by September 25 — email info@guyanaconsulate.com or call the Guyana Consulate General in Toronto at (416) 494-6040.