New in Pride
Home / International News / From Roseau To Loubiere: A Personal Reflection Of The Fury With Which Hurricane Maria Pulverised Dominica 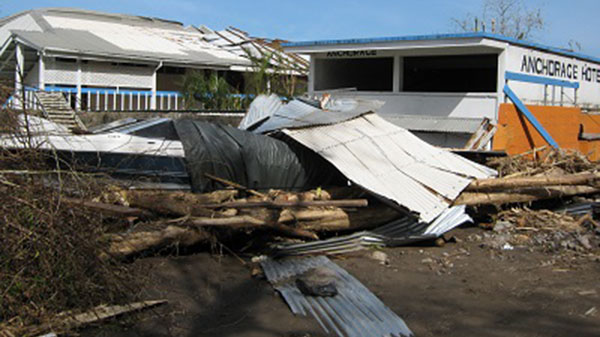 From Roseau To Loubiere: A Personal Reflection Of The Fury With Which Hurricane Maria Pulverised Dominica

ROSEAU, Dominica, September 22, 2017 (CMC) – When I lived in Dominica, nearly two decades ago, it would take me at least 15 minutes to walk from the capital, Roseau, to Loubiere in the south.

Last Friday, it took me nearly two hours. I had no choice.

Transportation was impossible, given the widespread disaster that Hurricane Maria brought to this Caribbean Community (CARICOM) island-state that was just emerging from the ravages of Tropical Storm, Erika, two years ago.

Unofficially, the death toll from Monday’s storm that, in the words of Prime Minister, Roosevelt Skerrit, “brutalised” the island, is as high as 60, depending on who you speak to. But, so far, the official death toll is 28.

The figures vary because the authorities have not been able to visit some of the villages that were hit by the storm, with winds in excess of 180 miles per hour.

As I joined with the exodus of people making the daily walk to Loubiere and other villages, such as Point Michel, Grand Bay, Bagatelle, Petite Savanne and Soufriere, among others, the talk centered on the many people who were killed, on Monday night, and have since been buried.

“There were at least 14 people that died in the storm in Point Michel,” said Vincent John, while Thomas Kentish, the former Windward Islands cricketer, described the hurricane and the aftermath as “brutal.

Another of the walkers, John Vincent, said “I am even afraid to mention the word, Maria. It is terrifying.

“In fact, the wind was so strong it was actually communicating, saying something we could not understand. But it was so powerful that it was actually saying “get out”; it was hollering and, clearly, I understood what we went through.”

His remarks about the wind reminded me of an earlier conversation with Chris Rolle, who, when I lived here, used to be a transcendental meditation (TM) follower.

“It was whistling, it was singing, it was, I can’t say, but it was not normal,” he said, recalling how he sat in his home, a stone throw from the official residence of President, Charles Savarin.

“I was doing nothing and just wondering, what next,” he added.

On the way to Loubiere, we were passed by some people, armed with suitcases, others pushing wheelbarrows with goods, surely, that were not bought from any of the stores.

It’s like an organised system. Young men, armed with cutlasses, make their way into the capital and, even where some businesses have survived the onslaught of the hurricane, seem to think it is their duty to loot. They also did not confine their activities to businesses.

“They take our fridge, our computers, like it is theirs,” one woman bemoaned, while others were resigned to the fact that their homes would be “looted”, because “you could stay on the road and see right through the house”.

As we walk towards our destination, we come across a writing on a piece of wall — “Jesus is coming soon. Satan the dog is doomed. Mystery Babylon is doomed. To God be the glory”.

The Roman Catholic Church in Newtown, one of the villages that divide Roseau and Loubiere, is providing much more than spiritual help to the battered residents. 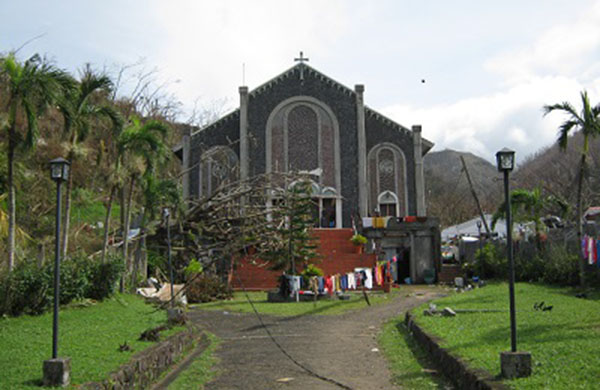 In front of the church, several clothes lines have appeared, as the residents take advantage of a river, nearby, that has changed course and made the once main road, its new path to flow.

Children run happily in the yard, oblivious to the pain and suffering that the hurricane has brought upon their parents, who have also found shelter in the ground floor of the church.

The road to Loubiere has changed dramatically. Now you have to climb and traverse hills and mountains of debris and mud; pieces of galvanised metal, some with rusty nails still protruding; and streams and rivers, which, until Monday, were not part of the network.

Dominica used to be green with envy. The rolling hillsides underscored the “nature isle” tag that had been placed on the island. The flora and fauna were sights to behold.

“Dominica is a desert, from green to brown in just eight hours. Transformed from lush greenery to desert brown, “said Jano Jacob, a local writer, adding “the rivers vomited wood and mud, left in basins since Erika, two years ago.

“We went through a nuclear hurricane, “he added.

The hotels along the route have also suffered, and it is not likely that they will be receiving guests in a hurry. The destruction, as in other parts of the country, according to reports, is indeed intense.

Despite the company, the walk is extremely tiring, but at least I am entering the village of Loubiere. But just before I do, a friend tells me to prepare myself for the worse.

I looked to the left for divine intervention. The Roman Catholic Church, which on many Sundays brought nearly the entire village together in prayer, stood like a shell, as water from the nearby river meandered across its new found route, with big boulders as its only stumbling block, albeit for mere seconds.

He was indeed right. After going through the mud and rivers to reach my home in Loubiere, where in the past, I sat on the verandah and watched the junction, as traffic and people crossed each other like an international airport, each going about their respective businesses. I was stunned.

While the structure stood there, my home had no windows, the roof had disappeared and my room was no longer visible. 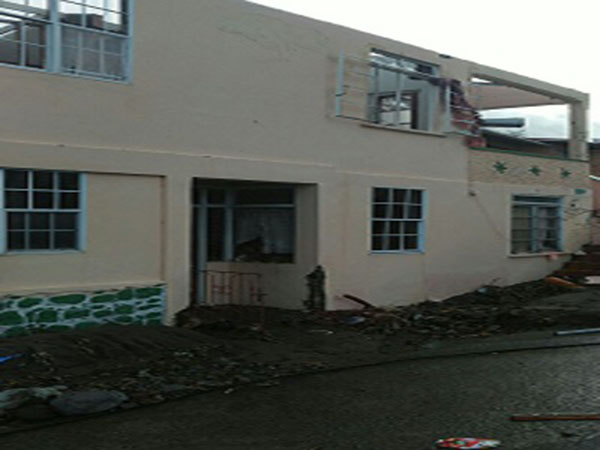 A 32-seater bus that belonged to the Voice of Life radio station, a good half a mile away, was parked neatly among the rocks that the river had brought down from the interior. My Aunt, Lucy Alexander, a retired public servant, and her two daughters, who had to be rescued from the house, are now in a shelter.

“But there is hope, by the grace of God, we have life, pray for us,” she said in a Whatsapp message to her daughter in the United States.

And as I started the journey back to the capital, Roseau, I reflected on the situation in other parts of the country, where efforts are now underway to try and reach villages, cut off by a rampaging Hurricane Maria.