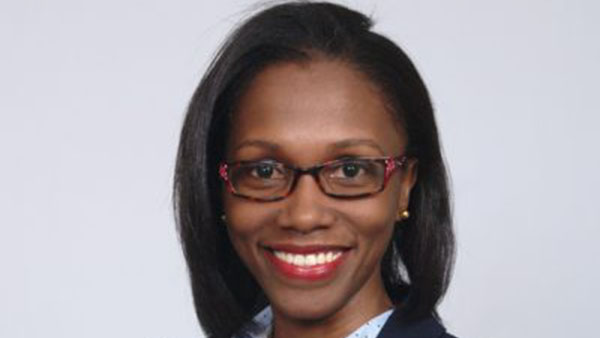 NEW YORK, New York November 14, 2017 (CMC) – The Guyana-born newly appointed board member of the American Caribbean Maritime Foundation (ACMF), a Westchester County, New York-based charitable organization, is setting sights on increasing the group’s mission for the next generation of Caribbean youth, according to reports here.

Michelle Nicholas, who is the vice president of development at Westchester Family Services, said she was bringing her passion and skills to help increase interest in Caribbean maritime, reported the New York-based Caribbean Life.

“One of my many specialties is in fund-raising and marketing, and I will be lending my expertise to the conversation of maritime,” Nicholas told the paper.

Nicholas said she was exposed to the maritime industry at a young age through family and experiences, and always had an interest in it.

“I’m from a country that is also known as the land of many rivers, so I understand the conversation of maritime,” she said. “My uncle was also a commander for the Guyana Coast Guard, and I had a lot of experiences on his ship.”

The ACMF’s function is to support the Caribbean Maritime University, headquartered in Kingston, Jamaica.

Their goal is to raise money to provide scholarships for Caribbean students interested in building a nautical career, and to provide equipment and other necessary tools to develop this educational process, according to Caribbean Life.

It said ACMF’s scholastic aim is one of the driving forces behind Nicholas’ decision to join the team, which she plans in utilizing her skills to influence ACMF’s brand process and gaining support from the Caribbean community.

“They told me about this great organization that was looking to sponsor Caribbean nationals to be engaged in the maritime conversation, and that’s what connected for me,” she said. “Anytime I can lend my expertise for something, for me that’s priceless, because I love education and for us as Caribbean people to get an outside opportunity to go forward.”

Part of Nicholas’ job on the board entails bringing her marketing skill set to promote ACMF’s purpose to potential students, managing events, and attracting interest from potential donors.

The organization’s president Jamaican Dr. Geneive Brown-Metzger, a former New York Jamaica Consul General, said she was thrilled to welcome Nicholas to the team, and praised her capabilities for what she foresaw as her being a key member for the group.

“The ACMF is so very pleased to have Michelle on our board. She brings a needed skill set and work ethic to the board,” said Dr. Brown-Metzger. “She is certainly part of the organization’s succession plan — someone who will ensure the foundation lives on in the years to come.”

Nicholas said with the popularity of cruise ships in the Caribbean, there are opportunities for the region’s natives to attain top positions relating to the sea, despite many jobs being in janitorial and food service.

But, in due time, she and other members of ACMF are working hard to change this, according to Caribbean Life.

“Our focus now is to provide funding so students can attend,” Nicolas said. “If someone wants to go the university, but they live in Trinidad and Tobago or Guyana, they should be able to go, because we want them to be there saying ‘Aye Aye Captain’ too.”

“We have help them expand on their dreams; and, if this is what we have to do to help them get there, we’re going to do it any way we can help,” she added.