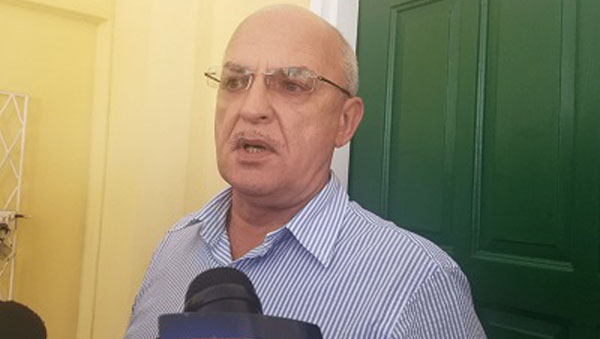 Vladimir Permyakov, a representative of the Bauxite Company of Guyana's management team, said that the company's management was not happy, since last Friday, when the workers decided to go out on strike.

GEORGETOWN, Guyana, February 20, 2019 (CMC) – The Russian-owned Bauxite Company of Guyana said, yesterday, it is too early to state whether termination letters, sent to 60 striking workers, would be rescinded, following talks with labour officials.

The workers began their industrial action, last Friday, over salary increases and a representative of the company’s management team, Vladimir Permyakov, told reporters that the strike action and the response to it, could be seen as unfortunate.

“We feel unhappy, minimum unhappy, with this unfortunate strike or not strike, but refusal of 60 workers to go to work, to perform their duties and to abide by their own contractual obligations,” he said.

The company officials met with the Chief Labour Officer and other labour officials, for more than two hours, yesterday, and Permyakov said that the company has been investing in Guyana and in the bauxite operations in the Berbice river, at a time when bauxite is not doing as well as it should be doing on the international market.

He said the company could ill-afford the actions of the workers, and it is “sad” that when the workers decided to stay away from their jobs, no one called on them to think about what they were doing and the impact it could have on the rest of the company’s operations.

The strike started as a result of the company’s one percent salary increase offer, which the workers protested, calling for more.

But Permyakov told reporters that the company, over the years, has offered 16 percent salary increases, even though its operations, here, were not profitable.

“I am not happy, today, at all, and all of us were not happy since Friday morning…after this group of workers refused to go to work,” he said, adding it is too early for the company to say whether the termination letters would be rescinded.

Former chief labour officer, Mohammed Akeel, now serves as a labour advisor to the company, and the Labour Department is expected to meet with the dismissed workers soon, before offering advice and a decision in the matter.