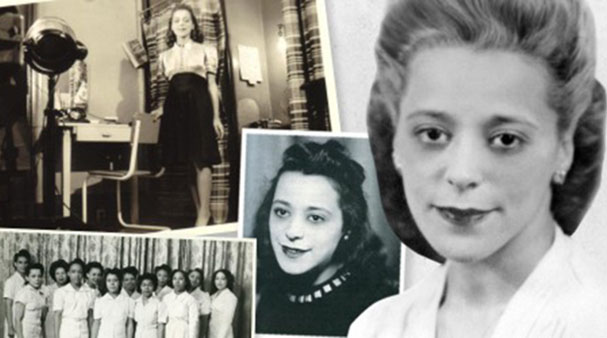 Once issued into circulation, in late 2018, it will mark the first time that an iconic Canadian woman is portrayed on a regularly circulating Bank of Canada note.

Desmond, who was born in 1914 and died in 1965, was selected for the new $10 bank note by Minister Morneau, following an open call to Canadians to nominate an iconic Canadian woman for the next redesigned bank note.

A successful Black Nova Scotian businesswoman, Desmond defiantly refused to leave a whites-only area of a movie theatre on November 8, 1946 and was subsequently jailed, convicted and fined. 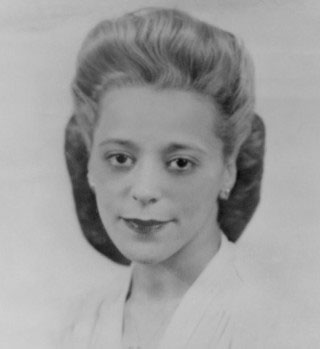 As a middle-class Black woman in the 1930s and 1940s, Viola Desmond was always a trailblazer. From her early days as a school teacher, her ambition was to set up her own hairdressing business.

The first hurdle was training. Beauty schools in Halifax restricted Black women from admission, so she travelled to Montreal, New York and New Jersey to pursue various courses, eventually receiving a diploma from the renowned Apex College of Beauty Culture and Hairdressing in Atlantic City.

In 1937, Desmond set up Vi’s Studio of Beauty Culture in Halifax, which became a gathering place for women in the community. But her vision didn’t end there. Within a few years, she established the Desmond School of Beauty Culture, which drew students from across Nova Scotia, New Brunswick and Quebec. Another venture—manufacturing and marketing Vi’s Beauty Products—was also generating orders from across Nova Scotia.

She had made positive inroads as both an entrepreneur and a role model in her community and was an inspiration to her clients and students alike.

On that fateful day of 8 November, 1946, Desmond was travelling to Sydney, Nova Scotia on business when her car broke down in New Glasgow and, while waiting for repairs, she decided to go to a movie at the Roseland Theatre.

Unaware of the theatre’s policy of restricting Black people to the upper balcony, Desmond handed the cashier her money and asked for “one down please.” The cashier handed her a balcony ticket and, when she entered the theatre, the usher told her that the ticket was for the balcony and that she would need to go upstairs. 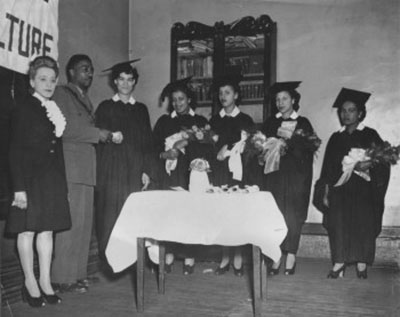 Thinking there had been a mistake, Desmond returned to the cashier and asked to exchange her ticket. The cashier refused, stating “I’m not permitted to sell downstairs tickets to you people.”

As soon as she realized that she was being denied seating on the basis of race, Desmond courageously walked back inside and took a seat downstairs. The theatre manager then confronted her, and when she didn’t move, he called the police.

She was forcibly ejected, arrested, charged and then convicted for failure to pay the extra penny in theatre tax required for the downstairs seat.

Desmond was unsuccessful in her subsequent efforts to quash her criminal conviction, but her story resulted in a milestone human rights case in Canada. Since the case was framed as tax evasion, the real issue of racism had been shrouded by procedural technicalities.

If she had not taken further action, the surviving trial records would have left no clue to the true significance of the case—that she had been denied the downstairs ticket on the basis of her race.

Desmond’s perseverance, and the attention generated by her case, paved the way for a broader movement to recognize the importance of human rights in Canada.

She received a posthumous free pardon from the Nova Scotia government on April 15, 2010. It was granted by then-Lieutenant Governor of Nova Scotia Mayann Francis, who was the first Black Nova Scotian and only the second Black person in Canada to hold this office.

The pardon was accompanied by a public declaration and apology from then-Premier Darrell Dexter, who indicated that charges should never have been laid and that her conviction was a miscarriage of justice. 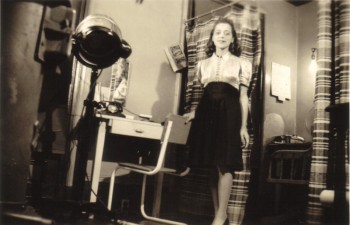 Though the events at the Roseland Theatre are now 70 years behind us, Desmond’s struggle for social justice and her singular act of courage continue to resonate with Canadians.

This new $10 note — the first vertically-oriented bank note issued in Canada — allows for a more prominent image of Desmond, and differentiates it from the current polymer notes.

“Two years ago today—on International Women’s Day—Prime Minister Trudeau and I announced that the time had come for a Canadian woman to be represented on Canada’s bank notes.

“Since then, thanks, in large part, through her sister, Wanda, more and more Canadians have come to know Viola Desmond’s remarkable personal story of courage and dignity. Her story serves as inspiration to all Canadians and acts as a powerful reminder of how one person’s actions can help trigger change across generations,” said Minister Morneau.

“As we strive for equality across our economy and in every facet of our country, we hope this constant reminder of Viola’s story will help inspire a new generation of women, men, girls and boys to fight for what they believe, take their place and create a better future for themselves and all Canadians,” he added.

The back of the $10 bank note features images and symbols that represent Canada’s ongoing pursuit of rights and freedoms: the Canadian Museum for Human Rights—the first museum in the world solely dedicated to the evolution, celebration and future of human rights; an eagle feather, representing the ongoing journey toward recognizing rights and freedoms for Indigenous Peoples in Canada; and an excerpt from the Canadian Charter of Rights and Freedoms.

According to the Bank of Canada, this new $10 note continues a strong tradition of innovation by the Bank “to ensure that Canadians maintain trust and confidence in their money”.

In addition to the innovative public consultation process used to design the note, enhanced security features have been added to help keep these bank notes safe from counterfeiting, yet easy to use, revealed the Bank.

“Our bank notes are designed not only to be a secure and durable means of payment, but also to be works of art that tell the stories of Canada. This new $10 fits that bill,” said Governor Poloz.

“I’m immensely proud of all the innovation that went into this note—from the public consultation process that encouraged a national conversation on the important contributions of women in Canadian history, to the note’s beautiful vertical design, to its cutting-edge security features. Canadians can use this note with both confidence and pride.”

With the issuance of this new $10 note, the Bank of Canada’s approach to issuing bank notes has changed — rather than issuing all five denominations within a short time frame, a new note will be issued every few years. This will allow the Bank to integrate the latest security features each time a new bank note is issued.

The Bank revealed that to continue to celebrate more iconic Canadians, the next $5 note will also feature a new portrait subject and supporting imagery. In due course, the Bank added that it will launch another consultation process to seek input from Canadians on the design of the next $5 note.

As a result of the consultation processes to select new portrait subjects for the $10 note and the next $5 note, Canada’s first Prime Minister, Sir John A. Macdonald, and first francophone Prime Minister, Sir Wilfrid Laurier, will be honoured on higher-value bank notes when they are redesigned.

These changes mean that former prime ministers, William Lyon Mackenzie King and Sir Robert Borden will no longer be portrayed on bank notes. The $20 denomination will continue to feature the reigning monarch.