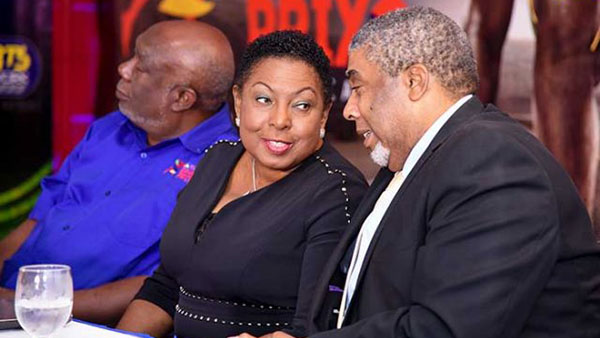 KINGSTON, Jamaica April 26, 2018 — The Ministry of Sport has established an International Bidding Committee to find and recommend events to be hosted by Jamaica.

This committee, which is to be headed by renowned sports administrator, Mike Fennell, is part of the government’s agenda of positioning Jamaica as a major international sport destination.

The disclosure was made by Minister of Culture, Gender, Entertainment and Sport, Olivia Grange, at a recent press launch of the Jamaica National (JN) Racers Grand Prix 2018, held at The Jamaica Pegasus hotel in Kingston.

The meet is slated to be held on Saturday, June 9 at the National Stadium in Kingston.

Grange said the move has had favourable response from stakeholders within the sporting fraternity.

“We want to make Jamaica a venue for international sports and for hosting meetings of international sports federations. We believe there are significant social and economic benefits to be gained from establishing Jamaica as the place of choice to play, watch and discuss sports,” she said.

“I am heartened by the response that we have been receiving to bring sporting activities to Jamaica,” the Minister added.

Last year, Jamaica hosted the Council Meeting of the Badminton World Federation, and Jamaica is to bid for the 2021 World Masters Championship in Badminton.

The country also hosted the Jamaica Classic Basketball Championship, which will again be hosted this year, in Montego Bay. Last year, there were eight teams in the Championship. This year will see 16 teams competing.

Grange said sport infrastructure is to be upgraded at several locations, across the island, to bring them up to international standards in preparation to host these events.

This includes major refurbishing of the National Stadium in Kingston, as well as the Trelawny Multipurpose Stadium, near Falmouth.

The government’s Sports for Economic Development Strategy is comprised of four main pillars – sport diplomacy, direct investment into the sport industry, hosting of major sport events, and support for athletes at the high-performance level.