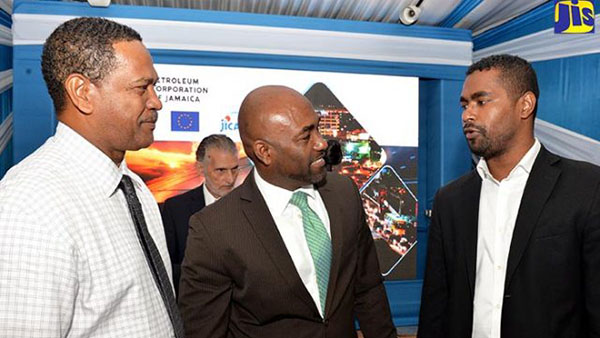 KINGSTON, Jamaica, May 30, CMC – The Petroleum Corporation of Jamaica (PCJ) has launched a US$40 million Energy Management and Efficiency Program (EMEP), aimed at reducing the government’s energy spending, and through which energy efficiency interventions will be implemented at 80 government facilities across the island.

The PCJ said that the primary objectives of EMEP are to reduce electricity and fuel consumption by improving energy efficiency in the public sector, through retrofits at government facilities and the improvement of urban traffic management, in order to shorten travel times.

In addition, the project aims to strengthen the technical capabilities of the Ministry of Science, Energy and Technology (MSET) to enhance energy planning.

The program, which is being funded by the Inter-American Development Bank (IDB), the Japan International Cooperation Agency and the European Union Caribbean Investment Facility, was officially launched, yesterday, at a workshop that brought together stakeholders to discuss EMEP’s objectives, the expectations of the program’s sponsors and donors and the government’s perspective on the anticipated outcomes of the program.

PCJ group manager, Winston Watson, told the ceremony that while the organisation has been supporting the government’s objective of diversifying the country’s energy mix in the medium term; for the short term the PCJ has been actively forging partnerships to access funding for energy efficiency projects, which will reduce energy consumption in the public sector and bring some immediate savings.

“With the implementation of the EMEP, we hope to transform energy usage in public sector agencies and promote fuel conservation in the transport sector through modern interventions and a more efficient traffic management system. These measures will not only lower our fossil fuel imports, but they should also reduce our carbon footprint, which will help to preserve the environment,” Watson added.

The IDB senior regional energy specialist, Dr Malaika Masson, said the Jamaica government is a signatory to the UN Convention on Climate Change and has committed to reducing carbon dioxide (CO2) emissions by seven percent.

“We expect EMEP to avoid 34,000 tons of C02 emissions, marking an important step towards reducing Jamaica’s carbon footprint, one which the private sector is encouraged to follow,” she said, while the head of Cooperation for the European Union-Caribbean Investment Facility, Richard Bardia Divins, pledged his organisation’s commitment to the effort to reduce Jamaica’s spend on energy.

“The prospect of reducing Jamaica’s overall cost of energy is something of which we can all be supportive and proud. The European Union is committed to the efficient use of energy and I look forward to the positive outcomes of this program,” he said.