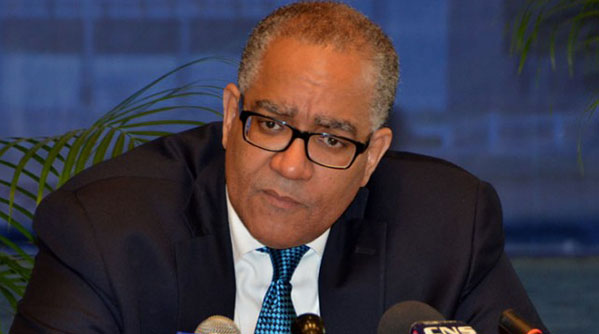 KINGSTON, Jamaica, Mar 8, (CMC) – Governor of the Bank of Jamaica (BOJ), Brian Wynter, says, the exchange rate continues to remain stable and that net international reserves (NIR) are still well in excess of the target.

“With the Jamaican dollar no longer overvalued, the improving inflation outlook and the resulting narrowing of the inflation differential between Jamaica and the United States, this means that the exchange rate will likely continue to exhibit relative stability going forward, although some correction may become necessary, if the US dollar continues to strengthen against third currencies,” he said.

The Governor told reporters, that shocks that would likely affect the exchange rate are fairly benign.

“Oil is low, other commodity prices are reflecting weakness, and grains that are affecting food prices internationally are not showing any great strength at all in terms of prices going up. We are increasingly attractive as a tourist destination, so we’re seeing prospective income,” Wynter said.

“Strong reserves (NIR), meaning high reserves are (also) important when we’re looking at the stability of the exchange rate when we look ahead,” he added.

The Governor noted, that other sectors of the economy are likely to see increased earnings, which will, in turn, have an effect on the dollar’s stability.

Meanwhile, Wynter said, he is encouraged by the inflation figure, which showed that at the end of the 2015 calendar year, it was at 3.7 per cent, down from 6.4 per cent in 2014.

Inflation for the fiscal year 2015/16 is now expected to come in well below the target range of 5.5 to 7.5 per cent, the Governor said.