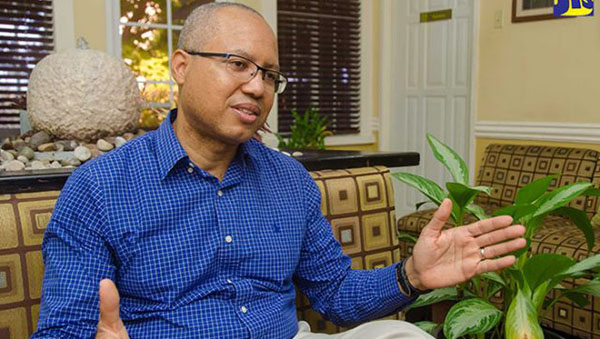 In an interview with JIS News, Dr. William Aiken, President of the Caribbean Urological Association (CUA), who is also a Senior Lecturer at the University of the West Indies, explained that prostate cancer can be cured when detected early, and, as such, he is imploring men to get screened.

Caribbean Men Urged To Get Tested Early For Prostate Cancer

KINGSTON, Jamaica, September 4, 2018 (CMC) – The President of the Caribbean Urological Association (CUA), Dr. William Aiken, is warning men that screening for prostate cancer is the only way to guarantee early detection of the disease.

“The unfortunate thing is that, in the early stages, prostate cancer does not produce any symptoms, so a man can feel perfectly well, while there is a cancer growing and developing in him,” said Dr. Aiken, a senior lecturer at the Mona campus of the University of the West Indies (UWI).

Jamaica is observing Prostate Cancer Awareness Month in September and Dr. Aiken said that the only way to discover the disease early is through screening.

In an interview with the Jamaica Information Service, (JIS) he said that prostate cancer can be cured when detected early, and, as such, he is imploring men to get screened.

“We use this method (screening) to try to detect a disease early, when the person has no symptoms, with the intention of being able to arrest the growth of the disease and, ultimately, prevent the person from dying from it,” Dr. Aiken said.

The CUA president said he is recommending, that as soon as men of African descent reach the age of 40, that they do a blood test, called Prostate Specific Antigen (PSA) annually, and also a Digital Rectal Examination (DRE), where the doctor inserts his gloved and lubricated finger in the anus of the man and feels the surface and consistency of the prostate.

He said this is vital, as men of African descent are at increased risk of developing the disease.

“So, too, are men who have a family history, where the more persons in one’s immediate family with the disease and the lower the age, at which they develop it, the greater the risk. We also know that with increase in age, generally, men are at higher risk,” he added.

According to Dr. Aiken, the normal prostate feels like the tip of the nose and the doctor would be looking for hardness or irregularity of the prostate, which may suggest that cancer is present. He explained that the PSA and DRE are complementary and should, ideally, be done together.

“There are instances where the PSA may be completely normal, but the prostate may feel abnormal. If you should rely on the PSA alone, you would miss those patients. Admittedly, it’s not a lot of patients, but it is still a significant number. However, if a patient comes to us and insists that they only want to do the PSA, we won’t turn that patient away, but we would advise the patient that there are limitations with doing the PSA alone,” Dr. Aiken said.

He said that men, generally, do not like to have the rectal examination, because it is an invasive test, “but what I say to men is that it takes about five seconds when done by a urologist who knows what he/she is looking for, and it can save your life”.

The CUA president said that in spite of their best efforts, men who have very healthy lifestyles can still develop prostate cancer, “so if you want to be around to see your children and grandchildren, do your family a favour and have the test done”.