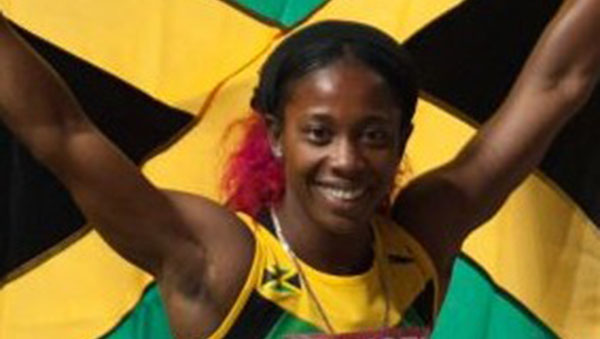 KINGSTON, Jamaica October 9, 2018 — The statue of Jamaican Olympian, Shelly Ann Fraser Pryce, will be unveiled on Sunday, at a special ceremony at Statue Park in the National Stadium, where the statue will be mounted.

Jamaica’s Minister of Culture, Gender, Entertainment and Sport, Olivia Grange, announced that the unveiling of the statue “was timed to coincide with the commemoration of Heritage Week”.

“Shelly Ann is one of our modern-day heroes, whose accomplishments are an inspiration for the entire nation,” noted Minister Grange. “It is quite fitting that we should unveil Shelly Ann’s statue at this time, when we celebrate and highlight Jamaica’s rich heritage in all areas, including sport.”

She extended an invitation to the public to attend the ceremony, which will begin at 4:00pm, and witness the unveiling, by Prime Minister, Andrew Holness.

“The statue is here in Jamaica; it has been installed and we’re all set for the unveiling on Sunday at the National Stadium. I look forward to welcoming members of the public as we celebrate this happy occasion with the outstanding pocket rocket,” Grange said.

The bronze statue — to the scale of one and quarter life size — was designed by renowned sculptor Basil Watson.

Watson has been engaged by the Ministry of Culture, Gender, Entertainment and Sport to design statues of four of Jamaica’s outstanding sports stars under the Jamaica 55 Legacy Program. The statue in honour of Shelly Ann Fraser Pryce is the second to be completed under the Program.

The first statue, of Usain Bolt, was completed and installed last December, and the remaining statues — of Veronica Campbell Brown and Asafa Powell — are now in the design stage.