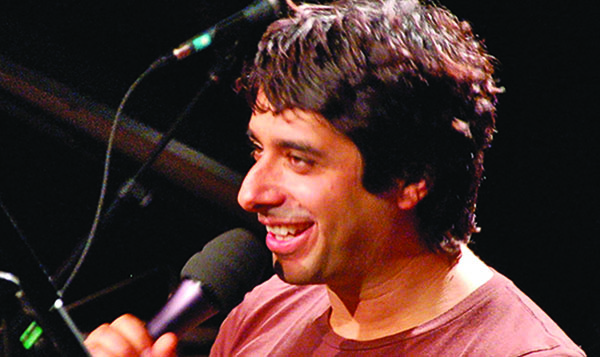 Photo above is of Jian Ghomeshi hosting a live taping of his then CBC radio show, Q, in Vancouver, on March 26, 2009. Photo credit: CC BY-SA 3.0 Penmachine — own work.

ONTARIO, Canada – The national dialogue around sexual harassment at the workplace and sexual assault against women, in light of allegations leveled by several women against a former prominent CBC Radio host, has resulted in much discussion in the media, online, on Parliament Hill, at Queen’s Park, Toronto City Hall and elsewhere.

This is a point of discussion even at the Ontario Human Rights Commission (OHRC), Canada’s first human rights organization. 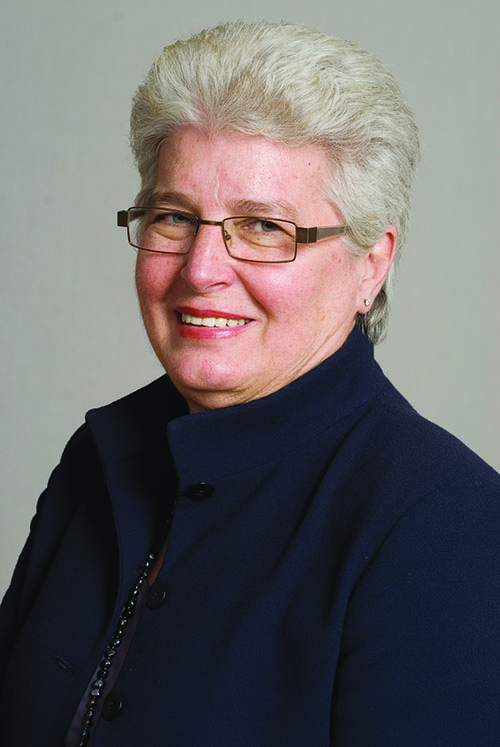 Barbara Hall, chief commissioner of the OHRC, says the human rights body has been thinking a lot about sexual harassment, particularly in the workplace, in light of the case involving Jian Ghomeshi, a CBC host, and the many women who are coming forward and talking about sexual assault which they have not reported.

Ghomeshi was fired by the CBC on October 26, months after he told the CBC that the Toronto Star was looking into allegations about non-consensual “rough sex” and that it might be embarrassing for the broadcaster.

Nine women have come forward with allegations that he sexually or physically assaulted them; allegations that Ghomeshi says he will meet directly as he maintains that all his sexual encounters have been consensual.

Three of the women have spoken to the police who are carrying out an investigation. The CBC has hired an employment lawyer as a third-party investigator of allegations related to sexual harassment at the workplace. Ghomeshi has also hired a lawyer and has filed a $55 million lawsuit against the CBC alleging defamation and breach of confidence and there is a grievance filed through his union, the Canadian Media Guild.

Shortly after Ghomeshi was fired, a CBC spokesperson said the broadcaster ended its relationship with the radio host after “information came to our attention recently that in CBC’s judgment precludes us from continuing our relationship with Jian.”

The CBC said the decision was made after viewing “graphic evidence” that the former radio host had caused injury to a woman.

“Sexual harassment is something that the Human Rights Code covers and we’re thinking about, are there ways that we can be working to support women more when harassment occurs? And, working more with employers to put in place the preventative practices that will proactively eliminate this systemic scourge,” says Hall, whose tenure, which started in 2005, was to end this month but has been extended until February 2015.

“The Code says every person has the right to be free from unwelcome advances or solicitation in employment. “Employment” includes applying and interviewing for a job, volunteer work, internships, etc. It also includes activities or events that happen outside of normal business hours or off business premises, but are linked to the workplace and employment,” notes the website of the OHRC.

The human rights organization says sexual harassment is a type of discrimination based on sex.

“When someone is sexually harassed in the workplace, it can undermine their sense of personal dignity. It can prevent them from earning a living, doing their job effectively, or reaching their full potential. Sexual harassment can also poison the environment for everyone else. If left unchecked, sexual harassment in the workplace has the potential to escalate to violent behaviour.”

Meanwhile, as December 6, the National Day of Remembrance and Action on Violence Against Women in Canada, approaches several organizations are planning events to mark the occasion.

Status of Women Canada notes that the day was established in 1991 by the Parliament of Canada, to mark the anniversary of the murders in 1989 of 14 young women at l’École Polytechnique de Montréal. They died because they were women.

“As well as commemorating the 14 young women whose lives ended in an act of gender-based violence that shocked the nation, December 6 represents an opportunity for Canadians to reflect on the phenomenon of violence against women in our society. It is also an opportunity to consider the women and girls for whom violence is a daily reality, and to remember those who have died as a result of gender-based violence. And finally, it is a day on which communities can consider concrete actions to eliminate all forms of violence against women and girls,” says the government ministry.

Founder, Masani Montague, says she has been dealing with gender violence via Sistahfest since 1996 in Ottawa and later in Toronto, since 2006 onward, at York University and Upfront Studio Theatre as part of Rastafest.

Her play, “Reasoning with my Sisters,” deals specifically with gender violence in the Caribbean.  This play has been successfully staged in Toronto on several occasions.

This year her organizations will be staging gender violence workshops/skits with university groups such as the Ontario Public Interest Research Group (OPIRG), Sexual Assault Survivors Support Line Hotline (SASSL) and the Centre for Women and Trans People, among others.

The festival will be held on November 25, in the Food Court, at York University with workshops and live entertainment by female artists.

Teacher candidates from the Faculty of Education and high school schools will gather for a showcase, consisting of skits on gender violence, dance and poetry, on November 28 at Upfront Studio Theatre, near the Finch/Keele intersection.

In the meantime, Women of Excellence Support and Relief Organization (WESRO), a  registered non-profit charitable organization founded in 2004, will hold a fundraising event at the Jamaican Canadian Association on November 16.

The aim of the event is to raise funds for the continued operation of the organization, which helps abused women and children, domestic violence survivors and people living in poverty.

A part of the proceeds will also go to the Girls Can Dream Education Scholarship Fund in Jamaica, started by the founder of WESRO, Vashti Anderson.

In the past three years, WESRO has helped over 250 women to change and rebuild their lives, to escape abuse, and to now live in safe environs. It has also extended its services to men as well who needed help.

Speaking in Toronto at the Black and Caribbean Book Affair at the University of Toronto on November 8, Victoria Elyonda Broussard, an African American author and attorney from Texas, shared her story of being a survivor of childhood sexual abuse.

Broussard is a friend of Richard Williams, father of tennis champions, Venus and Serena, who spoke at the event about his book, “Black and White: The Way I See It.” He praised her for her determination to survive and achieve.

She said after 35 years of keeping the secret of abuse to herself, she decided to write a novel, “i-Comfortable Victim,” which deals with the true events in her life through fiction. She has started her non-profit organization, “B’yond the Unveiling,” to help survivors of childhood sexual abuse.