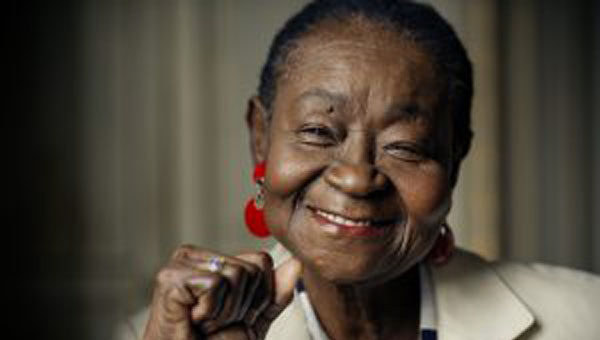 Tobago-born calypso icon, Calypso Rose, 78, was honoured the Order of the Republic of Trinidad and Tobago, the country’s highest award, in 2017.

PORT OF SPAIN, Trinidad and Tobago, November 12, 2018 (CMC) – Veteran calypsonian, Calypso Rose, will be awarded the Grand Prize for World Music when she attends the Sacem Grand Prix in France, next month.

Calypso Rose, 78, the holder of Order of the Republic of Trinidad and Tobago — the country’s highest award — is among a list of awardees that includes English song­writer, Ed Sheeran, in an event that will celebrate those who have excelled in song­writing, music publishing, humour and classical contemporary music at Salle Pleyel on December 10.

The Sacem Grands Prix are musical awards, given annually, to professionals in the world of music by the Society of Authors, Composers and Music Publishers (Sacem).

The veteran calypsonian won the World Album of the Year award at the Victoire de la Musique award ceremony in France in 2017. The award is considered the French equivalent of a Grammy award.

Rose’s album, “Far From Home”, competed against rock group, Acid Arab, with their album, “Music of France”, and Rokia Traore with her album, “Born So”.

“Far From Home”, the platinum-selling album was released on the Because Music label on June 3, 2016.

Calypso Rose was also awarded the 2016 Artist Award by the World Music Expo (WOMEX). She topped artists from 95 countries in receiving the prestigious award.

WOMEX is an international networking platform for the world music industry.

In 1975, the Tobago-born calypsonian won her first national award, the Public Ser­vice Medal of Merit; 15 years later; in 2000, Rose won the Humming Bird Medal; and in 2017; she was bestowed with the Order of the Republic of Trinidad and Tobago.