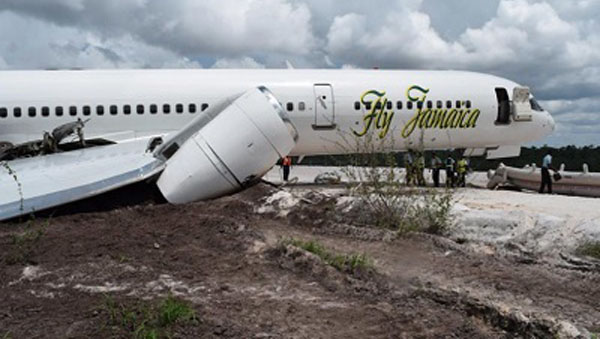 Fly Jamaica Airways was grounded in November last year, when its 757 Boeing aircraft, destined for Toronto, Canada, encountered difficulties and made an emergency landing at the Cheddi Jagan International Airport in Guyana.

It said the woman, Rookhia Kalloo, died, Friday, at the Georgetown Hospital, after she had been transferred from the privately-owned Woodlands Hospital, where the doctors are reported to have said there was not much more they could do.

News Source quoted relatives as saying the passenger, who was in the company of two other relatives heading to Canada, was taken to the private hospital, two days after the plane was forced to crash land at the CJIA.

According to family members, at the hospital, the doctors said there was swelling of her brain and there was not much that they could do to ease the swelling.

Fly Jamaica, in a statement issued soon after the incident, said then “we believe that all 118 passengers and 8 crew members are safe”, and Public Infrastructure Minister, David Patterson, confirmed then, that six people were injured during the incident and were being treated at the Diamond Regional Hospital.

The Boeing 757 aircraft was forced to return to the CJIA, minutes after its departure for Canada, on November 9, because of technical difficulties and overran the airstrip on the emergency landing.