OTTAWA, Canada, November 27, 2018 (CMC) – The Bank of Nova Scotia (Scotiabank), yesterday, confirmed that it will be selling its insurance operations in Jamaica and Trinidad and Tobago, as part of a shake-up of its businesses that also included plans to exit nine Caribbean countries.

The bank, which has operated in the Caribbean since 1989, said that it will sell its insurance operations in Jamaica and Trinidad and Tobago to Barbados-based Sagicor Financial Corporation, with whom it will partner to sell insurance products in those countries.

The Trinidad and Tobago-based Republic Financial Holdings Limited (RFHL), yesterday, said it had entered into an agreement to acquire Scotiabank’s banking operations in nine Caribbean countries.

“This acquisition represents another major milestone for the Republic Group. As we grow and acquire significant positions in our existing markets, it is important that we continue to broaden our footprint, regionally and internationally,” said RFHL Chairman, Ronald F. deC. Harford. 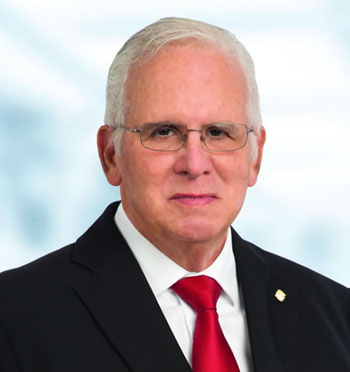 “Scotiabank is proud to work with the Republic Group, a leader in financial services in the Caribbean who is well positioned to invest and grow the business, and to provide customers across the region with leading financial solutions that meet their needs,” said Ignacio (Nacho) Deschamps, Group Head, International Banking and Digital Transformation at Scotiabank.

A RFHL statement said that the banks being acquired are located in Guyana, St. Maarten, Anguilla, Antigua and Barbuda, Dominica, Grenada, St. Kitts and Nevis, St. Lucia, and St. Vincent and the Grenadines.

It said that the purchase price is US$123 million, which represents a US$25 million consideration for total shareholding of Scotiabank Anguilla Limited; and a premium of US$98 million over net asset value, for operations in the remaining eight countries.

“This price does not include any amounts required to capitalize the branches post-closing. The agreement, executed on November 27, 2018, signalled the commencement of a transaction that is subject to all regulatory and other customary approvals and conditions,” the RFHL statement added. 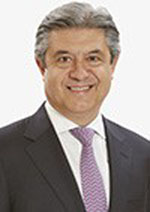 Scotiabank’s International Business Group Head said the transactions are not material to Scotiabank, but will result in its core tier 1 capital ratio, a key measure of its financial strength, increasing by 10 basis points, when the deals, which are subject to regulatory approvals, close.

The bank reported adjusted earnings per share of CAD$1.77 in the quarter ended October 31, up eight percent, but marginally below the average forecasted by analysts, of $1.79 per share.

For the full year, Scotiabank reported a seven percent increase in earnings at its Canadian business to CAD$4.4-billion, helped by improved margins as it benefited from five Bank of Canada rate hikes, since last summer, and growth in customer deposits.

Harford said the agreement, which is subject to all regulatory approvals, affords the Trinidad-based financial institution “the opportunity to reach more clients in the Eastern Caribbean and Guyana, two markets we are familiar with, and build new relationships in St. Maarten.

“We are confident that our expanded presence or entrance in those markets will redound to the benefit of Scotiabank’s clients and employees, as well as Republic’s existing stakeholders,” he said, adding “ I would like to thank Scotiabank for the confidence expressed in our ability to look after their valuable clients, and we are pleased that all impacted employees of Scotiabank in the nine countries, will join the Republic Group,” he added.

The RFHL statement noted that the latest acquisition will increase the Group’s asset size by approximately US$ 2.5 billion and will be accretive to the earnings of the Group by approximately US$$0.20 per share. Citigroup Global Markets Inc. is advising RFHL on this transaction.

Harford said that RFHL’s focus on seeking out expansion opportunities in the Caribbean is a testament to the Group’s confidence in, and commitment to, the Caribbean region.

“We have a proven track record of adding value to the markets we enter, and we look forward to partnering with the teams in these territories to deliver excellence in customer satisfaction, employee engagement and social responsibility,” he said.