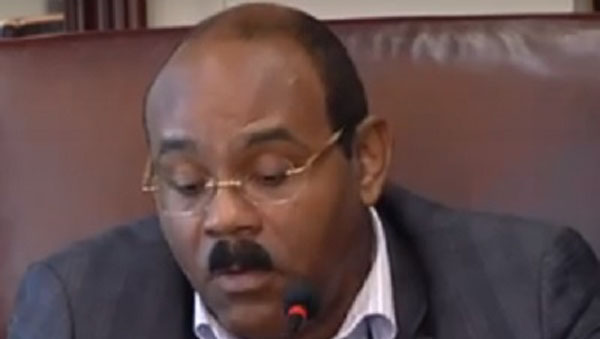 ST. JOHN’S, Antigua and Barbuda, February 21, 2019 (CMC) – The Antigua and Barbuda government has defended its decision to enter into a multi–million dollar agreement with Global Ports Holdings (GPH) for the development of the cruise port in the capital.

Prime Minister, Gaston Browne, said that the US$83 million agreement with the London-based GPH, will change the landscapes of the island.

The agreement allows for US$21 million to end the bond with Antigua Commercial Bank (ACB), US$40 million to construct the new pier, US$15 million to construct new shops, five million grant to fund local entrepreneurship and a further two million US dollars to improve the environment at Heritage Key.

GPH, established in 2004, promotes itself on its website as the world’s largest cruise port operator, with an established presence in the Caribbean, Mediterranean, Asia-Pacific regions, including extensive commercial port operations in Turkey and Montenegro.

Prime Minister Browne said that for “Antigua and Barbuda to be at the top of the food chain, there’s need to change the prevailing conditions within the vital tourism sector.

“At this time, our cruise product literally is rated the worst in the Caribbean,” he said, defending the decision to enter into the agreement with GPH, given the government’s financial situation.

Under the terms of the 30-year agreement, GPH will take over the management of cruise ports, here, in exchange for infrastructure and debt payments, wiping away the US$21 million debt for the pier. In addition, GPH will complete the fifth port to allow the port to handle larger ships, capable of carrying at least 6,000 passengers, as well as the enhancement of the current Heritage Mall properties and the development of other facilities.

The government said that GPH would also be involved in the further development of the Fort James Beach hotel.

“We now have an opportunity, in which we can have a net amount paid to the development, annually, so that Global Ports will pay us a head tax of one US dollar. It is expected that within 24 months, we should get up to at least a million tourists, so that will yield us at least one million US dollars a year,” Prime Minister Browne said.

Tourism and Economic Development Minister, Charles Fernandez, said that the government has been able to get Global Port holdings to agree “to a minimum of 600,000 passengers. So in other words, even if we fall short or they fall short in delivering, we are guaranteed the head tax on 600,000 passengers”.