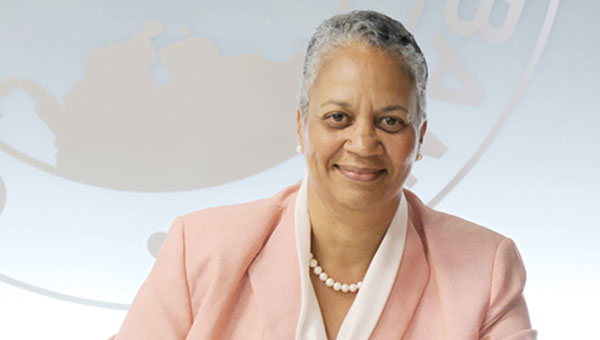 Monica La Bennett, Vice-president (operations) of the Caribbean Development Bank, said the bank had conducted a thorough review of the procurement process of the award of the contract, and decided to pull the funding.

The CDB cancelled financing for the “Yarabaqua River Defence” project and ordered that the Ralph Gonsalves government repay, with interest, any money already withdrawn for the project.

The decision by the CDB to withdraw financing for the “Natural Disaster Management – Rehabilitation and Reconstruction (December 2013 Trough Event) related-project, came after an investigation, triggered by a September 14, 2018 letter of objection to the island’s chief engineer.

In his letter of objection, Cameron Balcombe, Managing Director of Bally and Bally Investments Ltd., complained about the award of the contract to Reliable Construction Ltd., another local firm, whose bid for the project was EC$1,421,576.

In a May 23, 2019 letter to Balcombe, Monica La Bennett, Vice-president (operations) of the CDB, said the bank had conducted a thorough review of the procurement process of the award of the contract.

“As a result of this review, CDB has declared mis-procurement, in accordance with Paragraph 1.13 of the CDB’s Guidelines for Procurement (January 2006), and will not be financing this contract,” La Bennett said, advising also that all inquiries, related to the matter, be referred to the government.

According to the relevant guidelines, “CDB does not finance expenditures for goods, works and services, which have not been procured in accordance with the agreed provisions in the Financing Agreement, and as further elaborated in the Procurement Plan.

“In such cases, CDB will declare a mis-procurement, and it is the policy of CDB to cancel that portion of the CDB financing, allocated to the goods, works and services that have been mis-procured. CDB may, in addition, exercise other remedies, provided for under the Financing Agreement.

“Even after the contract is awarded and after obtaining a ‘no objection’ from CDB, CDB may still declare a mis-procurement, if it concludes that the ‘no objection’ was issued on the basis of incomplete, inaccurate, or misleading information, furnished by the recipient of CDB financing or the terms and conditions of the contract had been modified, without CDB’s approval,” Bennett explained.

In a letter, dated June 27, Alistair Campbell, acting Chief Engineer in the Ministry of Transport, Works, Urban Development and Local Government, notified the bidder of the CDB’s decision, noting, “CBD will therefore no longer finance this contract.”

In his letter, Balcombe had pointed out that among the criteria for the award of the contract are that the bidder must meet minimum-experience requirements in the key activities of gabion wall construction, reinforced concrete construction, and river training.

He noted that St. Vincent and the Grenadines is a small archipelago “and it is unlikely that major works, costing over one million dollars, would go unnoticed”.

“I [am] confident, from my own knowledge and inquiries, that Reliable Construction Limited has not done any gabion basket or river training works of that magnitude, or at all in this State or elsewhere, to even qualify under the assessment as substantially responsive,” Balcombe wrote.

“Therefore, there has either been a false declaration made in their forms, or unlawful and unfair intervention by someone, of influence, on their behalf,” he wrote, adding it “is utterly unfair” that contractors spend time and resources to bid for these contracts “only to be unfairly treated”.

“Other contractors express the same concerns but are afraid to speak out for one reason or another. The process of bidding should be fair and transparent, but this basic discipline is taken for granted or much indifference is shown, by those responsible for overseeing and enforcing it.

“This is a very serious matter. If the evaluators are unable to see through schemes, then we, the contractors, have a duty to our businesses to make full and frank disclosures and objections where relevant,” he elaborated.

Balcombe said the contracts should be awarded “for the benefit of the country, but it should be based on the satisfaction of the stipulated criteria, fulfilment of documentation as required and in the round the lowest qualified bidder.

“I understand this to mean that the lowest overall bidder will not always be awarded the contract after the assessment of their submitted documentation for the tender, but to the lowest qualified bidder taking into account the budget, the bidder’s fulfilment of the criteria and completion of bid documents.”

Balcombe also asked the chief engineer for “a debriefing as to the reasons for eliminating the qualified bidders, in particular my company’s own bid”.