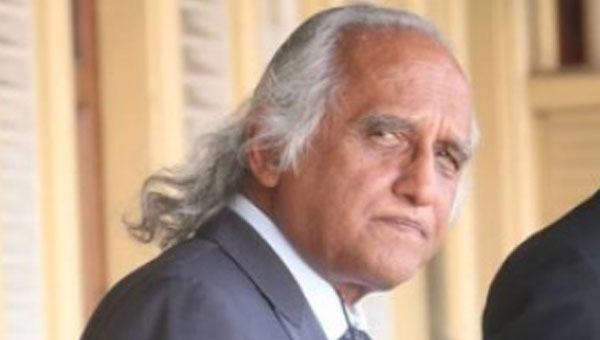 Guyanese lawyer and chartered accountant, Christopher Ram, is also asking the High Court to compel GECOM to hold elections on or before September 18.

GEORGETOWN, Guyana, July 23, 2019 (CMC) – Chartered accountant, Christopher Ram, yesterday, filed an application for a Conservatory Order to prohibit the Guyana Elections Commission (GECOM), the Chief Elections Officer, and/or the Commissioner of National Registration from conducting or continuing to conduct house-to-house registration, ahead of the next general election.

The move by Ram, who is also an attorney, comes even as the Chief Elections Officer, Keith Lowenfield, defended the ongoing registration on the basis of legal advice, from the GECOM lawyer, who is of the opinion that all actions were valid before the Caribbean Court of Justice (CCJ) ruled that James Patterson’s appointment was flawed and unconstitutional.

In his application, Ram wants the High Court to grant an order compelling GECOM, Lowenfield, and/or the Commissioner of National Registration, to immediately take all steps and actions necessary to hold General and Regional Elections, on or before September 18, in compliance with Guyana’s Constitution.

The matter will be heard before the Chief Justice, today.

Attorney General, Basil Williams, who has been named in Ram’s Court action, noted that under the laws of Guyana, it is an offence to refuse to be registered, and those persons encouraging others to not register are also committing an offence.

Meanwhile, Lowenfield, responding to a letter sent to him by the Private Sector Commission (PSC), calling for an immediate end to the registration process, said that GECOM’s legal officer, Excellence Dazzell, had, upon his request, advised that, “In light of the judgement of the Caribbean Court of Justice (CCI) on 18 June 2019, which stated that the process by which Chairman of the Guyana Elections Commission was appointed was flawed, every act done by that Chairman (Justice (Rtd) James Patterson) after 18 June 2019 would be void. However, acts done before 18 June 2019 would be valid, since those acts would have been done on the premise that the appointment was bonafide”.

Earlier this month, the CCJ, which is the country’s highest court, noted that while it cannot “establish a date on or by which elections must be held”, it also could “not lay down timelines and deadlines that in principle are the preserves of political actors guided by constitutional imperatives”.

But the CCJ said it must assume that “these bodies and personages will exercise their responsibilities with integrity and in keeping with the unambiguous provisions of the Constitution, bearing in mind that the no confidence motion was validly passed, as long ago as 21st December 2018.”

Under Guyana’s Constitution, elections therefore must be held within a 90-day period, following the passage of the no-confidence motion in the parliament or unless extended by the legislative body.

In its letter, the PSC noted that the house-to-house resignation is being conducted “when there is a clear Constitutional requirement to hold elections, within three months of the validation of the no-confidence motion.

“The effect of GECOM’s action on electoral democracy and broader democratic governance cannot be lost on you,” the PSC said in its July 21 letter, copied also to the media.

But Lowenfield said the registration would exercise until a new GECOM chairman is appointed and the Commission directs him otherwise.

The CCJ had also concluded that the GECOM chairman, retired justice, James Patterson had been invalidly appointed and it urged that as a matter of the greatest public importance, “the President and the Leader of the Opposition should, as soon as possible, embark upon and conclude the process of appointing a new GECOM Chairman”.

President Granger and Opposition Leader, Bharrat Jagdeo, have been holding talks on the appointment, but no one has yet been named to replace Patterson, who stepped down following the CCJ ruling.

Lowenfield also dismissed the PSC’s concerns about a lack of consultation on the registration process, saying at a meeting with political stakeholders on May 2, 2019, the PPP representative,  Zulfikar Mustapha, “explicitly stated that they will not be participating in any deliberation on house-to-house registration, since they are not in agreement with the exercise and “walked out”.