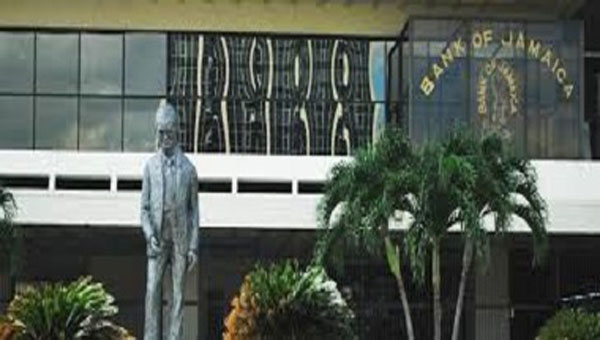 KINGSTON, Jamaica, October 1, 2019 (CMC) – The Bank of Jamaica (BOJ) says it will be maintaining the policy interest rate, offered on overnight balances from deposit-taking institutions, at 0.50 percent.

It said that the decision is based on its current assessment that prevailing monetary conditions are “generally appropriate”, to support the achievement of the inflation target range of four to six percent over the next four to eight quarters.

The BOJ said that as a result, it will continue to closely monitor the impact of significant monetary loosening on credit expansion and, consequently, on investment and economic growth.

“However, should the downside risks to inflation materialise, the Bank stands ready to implement additional measures to meet the inflation target,” the BOJ said in a statement.

The Statistical Institute of Jamaica (STATIN) had reported that annual inflation as at August 2019 was 4.1 percent, down from 4.3 percent in July, but higher than the August 2018 of 3.9 percent.

The BOJ indicated that the rate of inflation for August 2019 is consistent with its forecast, and that it represents the fourth consecutive month that inflation fell within the Bank’s target, albeit below the midpoint five percent range.

However, the BOJ noted that “underlying or core inflation remained low at 2.4 percent”.

The BOJ, in its August 2019 assessment, forecast that inflation would decelerate to 3.7 percent as at September 2019 before accelerating towards the middle of the target in the December 2019 quarter.

It said this projection is based on expectations for higher food prices, “in the context of hot, dry weather conditions”.

The BOJ projects that, over the March 2020 to June 2021 quarters, inflation will remain below the midpoint of the target, mainly reflecting the impact of lower energy prices and low inflation among Jamaica’s main trading partners.

“The Bank’s policy action to reduce the policy rate by 25 basis points to 0.50 percent in August 2019, was aimed at mitigating the risk that inflation would fall below the target at various points, over the next eight quarters,” the statement added.