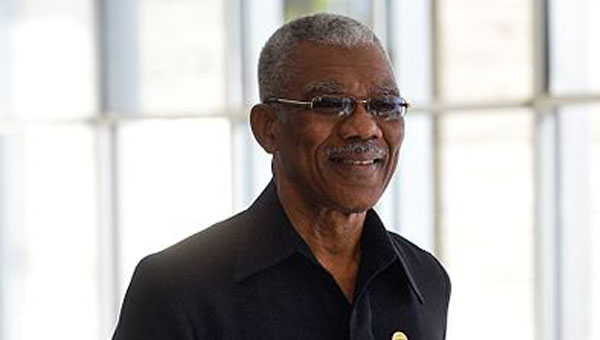 A statement, issued by the Guyana Embassy in Cuba, said that the medical specialists in Havana, “have expressed complete satisfaction with the state of the President’s health, and have explained that the President’s ailment is now in remission”.

“In keeping with the strict medical procedures of the Cuban health system, he is expected to return to Cuba for another scheduled, routine medical check in January 2020. Thereafter, the next evaluation will be in June 2020,” the statement said.

Prior to his return, Granger, 77, met with the Cuban Foreign Affairs Vice-Minister, Ana Teresita Gonzalez Fraga, “who took the opportunity of discussing some aspects of Guyana-Cuba relations”, the statement said.

“President Granger has iterated his gratitude to Cuban President Miguel Diaz-Canel Bermudez, the government of Cuba, and the CIMEQ Medical Team, which has been responsible for his treatment in Cuba, over the past months,” the statement added.

Granger is expected to lead the coalition, A Partnership for National Unity-AFC (APNU-AFC), into the March 2, 2020 regional and general elections, here.