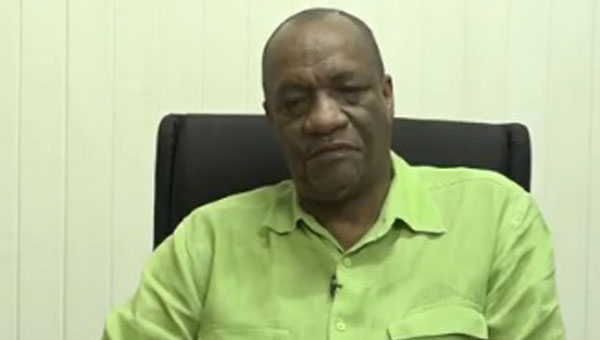 GEORGETOWN, Guyana, March 7, 2020 (CMC) – The injunction, granted to the main opposition People’s Progressive Party/Civic (PPP/C), ordering the Guyana Elections Commission (GECOM) to verify the results of Region Four, will be contested in the High Court, today, the campaign co-Chair of the ruling coalition, Joseph Harmon, has said.

“That injunction has several defects in the view of our attorneys. However, the Chairman of the Elections Commission (retired justice Claudette Singh), herself being a former Justice of Appeal, decided she will follow what the Court said, and have agreed that this procedure for the swearing-in of a President will be put on hold, and that the parties will go to the High Court, tomorrow at 10.00 am (local time), where the injunction will be sought to be discharged,” Harmon said in a statement, yesterday.

“So, the situation has been put on hold, until such time that this matter is discharged; and we expect that will be done tomorrow,” he added.

Attorneys, representing the PPP/C, had earlier been successful in obtaining a High Court injunction, ordering GECOM to verify the results of Region Four, which the ruling coalition — a Partnership for National Unity and the Alliance for Change (APNU+AFC) — said showed that it won Monday’s regional and general elections.

Attorney, Anil Nandlall, told reporters that the opposition party had been able to secure three injunctions, against GECOM, stopping it from declaring the results of the general elections.

The move by the opposition, followed the release of the results of Region Four by the Returning Officer,  Clairmont Mingo, showing that the coalition had been able to overturn a huge deficit, by winning the country’s largest administrative region.

Harmon, who is also General Secretary of the APNU+AFC, said all the results of the 10 Regions had been sent to GECOM and that “the next step should be for a declaration to be made by the Chief Elections Officer, (Keith Lowenfield), followed by a meeting of GECOM and a confirmation of those results by the Commission”.

“Thereafter, the Chairman sends a statement to the Chancellor of the Judiciary, who will then act upon that, to have the President sworn in,” he said, noting that the process may have been halted, as a result of the injunction served on the Commission.

“It is our expectation that this matter will be treated with some amount of speed, because (of) the security situation in the country…and, in order for there to be calm, stability, restraint, we have to have the President sworn in, very quickly, and that his government be able to take the necessary steps to guarantee the peace, stability of the people of this country,” Harmon added.