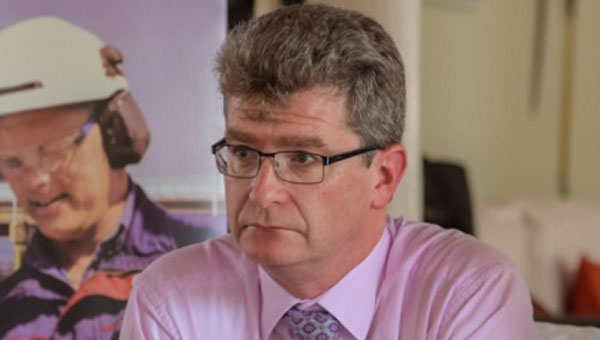 GEORGETOWN, Guyana, August 20, 2019 (CMC) – A delegation from the Georgetown Chamber of Commerce and Industry (GCCI) is due to travel to the United Kingdom, as part of a business exchange, focussing on the oil and gas sector.

The forum will run from September 3-6 in Aberdeen Scotland and, according to officials here, every two years, the Society of Petroleum Engineers (SPE)  hosts an offshore event, which is said to be Europe’s largest oil shore industry in Aberdeen.

British High Commissioner, Greg Quinn, told a news conference that it was imperative that Guyana’s private sector develops relationships with foreign entities, as the country gets ready to begin commercial exploitation of oil, next year.

“One of the things, which the Aberdeen-Georgetown relationship is designed for, is to allow Aberdeen to say this is what we got wrong and this is how we got it wrong, please don’t do the same thing that we did. Please don’t repeat the same mistakes and, consequently, here are the things that we did that have worked,” Quinn told reporters.

He said with Guyana anticipating increased revenue from the oil and gas sector, “not just Georgetown but the country, fundamentally” would be changed, and it was important to know early “what are the pitfalls and the benefits we need to look out for”.

GCCI President, Nicholas Boyer, said the private sector group is pleased to be involved in the exchange, and that it represents a building of the relationship, between the two countries.

“That’s positive news, with Guyana’s relationship with the UK, from an ….industry perspective, will be strengthened (and) as from the private sector that is not directly an oil company, we will have to be ready to be able to provide services,” he said.

Meanwhile, Quinn said the recent discovery, by the Irish-based Tullow Oil Plc, of oil in commercial quantities, is “major, and great news for Guyana, because it demonstrates that there is oil outside of the Exxon Block, and it opens new markets”.

“The more operators, and countries and companies you have involved in the oil field, the better,” he added.

A statement from the Ministry of the Presidency, last week, noted that “with this new find, Tullow will now evaluate the data from the Jethro-1 discovery and determine the appropriate appraisal activity”.

“This is a major development for the Co-operative Republic of Guyana (CRG), as it adds to the further de-risking of the deep and ultra-deep zone. Furthermore, it offers significant potential for the diversification of the CRG’s hydrocarbon production base,” said the Director of the Department of Energy, Dr. Mark Bynoe.