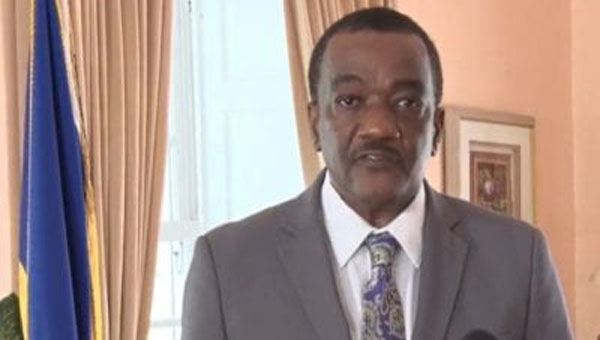 Ventilators Destined For Barbados From US Seized

BRIDGETOWN, Barbados, April 6, 2020 (CMC) – Health Minister, Lieutenant Colonel Jeffrey Bostic, has sought to assure the country that there is no shortage of ventilators, despite the fact that a shipment of ventilators, destined for the island from the United States, were recently seized.

Bostic, who was speaking during a press conference, here, on Sunday, revealed that the ventilators, donated to the Barbados government as an act of philanthropy, were barred from exportation.

“They were seized in the United States. Paid for, but seized, so we are trying to see, exactly what is going to transpire there,” the Minister of Health revealed.

The Health Minister added that ventilators are one of the most in-demand items in the world today, and “Barbados is merely wrestling with the other 203 countries and territories, around the world, seeking to secure as many of these pieces of equipment as possible”.

He said that Barbados-born international, pop sensation, Rihanna, donated some ventilators, but these were not among those seized, and will arrive in the island, shortly.

Bostic also reacted to a comment, made by Verla DePeiza, leader of the main opposition, Democratic Labour Party (DLP), on the weekend, concerning the supply of ventilators.

“So it is absurd for anyone to say, suggest, imply, or insinuate, that there is a shortage, or could, in the foreseeable future, be an acute shortage of ventilators on the island.

“We have an adequate amount of ventilators, at this point, and ventilators have been arriving, almost daily, over the past two weeks, or so. But up to this point, we have only had to use three ventilators,” he said.