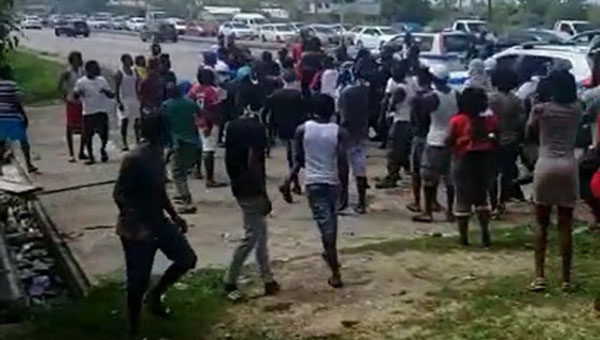 PORT OF SPAIN, Trinidad and Tobago, June 30, 2020 (CMC) – National Security Minister, Stuart Young, today, described as “carefully orchestrated and pre-planned”, the protests in the eastern part of the capital, following the shooting deaths of three people, by police, over the last weekend.

Protesters blocked roads, including the highways in and out of the capital, fired gunshots and demanded that the officers involved in the deaths of Joel Jacob, Noel Diamond and Israel Clinton in Morvant, along the east-west corridor, on Saturday, be brought to justice.

Witnesses say at least one of the men had his hands in the air, in surrender, when they were shot.

The police shootings came one day after an officer, Allen Moseley, 32, attached to the Guard and Emergency Branch (GEB), was shot dead in Morvant. Police Commissioner, Gary Griffith, has denied any link between the murder of the police officer and the deaths of the three men.

The Security Minister, speaking at a news conference, told reporters that two investigations, including one by the independent Police Complaints Authority (PCA), were underway, as several businesses in the capital closed their doors, as the violent protests, which began in Laventille and the Beetham Estate, east of here, spread to other parts of the city.

A group of young men, all wearing bandanas and some with their hands in the air, marched along Independence Square in the capital, chanting protests against the police shootings over the weekend.

“What we woke up to, this morning, is very disturbing,” Young said, adding “this is not what we expect from law abiding citizens”. 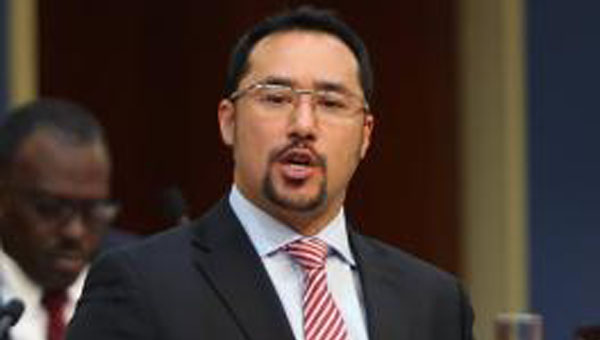 He said that information, coming to law enforcement authorities, indicated that the protests were “orchestrated”, and that “money is being paid to persons to go out” and disturb the peace.

Young said that the members of the Trinidad and Tobago Defence Force are now assisting the police in maintaining law and order, reiterating his early questions, as to who is benefitting from the disturbances.

“I am asking the question now, and asked for reports, but who is behind the stirring up of the criminal elements. We are getting reports…of people being paid to go and create disturbances. Who is that are paying people? Who is it that stands to gain by disrupting the peace and quiet of our city of Port of Spain? And the message is it will not be tolerated,” he asserted.

The Security Minister said that he was urging people to protest in a lawful manner, adding “once persons step over the line, do not be used by the criminal elements …(who) are not always those who we call gang members”.

Gunshots were heard in various areas across the capital, and people were seen running in different directions, including inside stores.

Young confirmed that a bullet had been found on the third floor of the Office of the Attorney-General, adding “We are taking all the necessary precautions.”

The National Security Minister also confirmed that the security forces had detained Fuad Abu Bakr, the son of the Muslim leader, Yasin Abu Bakr, who, in 1990, had staged an unsuccessful coup, here.