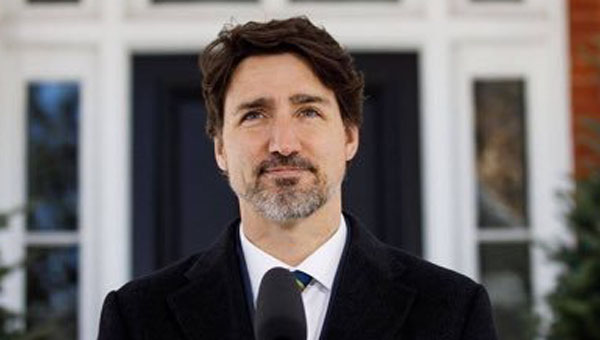 The federal Liberal government came to office five years ago promising “real change,” including action on the climate crisis and unprecedented wealth and income inequality.

Justin Trudeau was re-elected in 2019 reiterating these same promises. But shortly after his second mandate began, the country — and the world — was hit by the COVID-19 pandemic.

After proroguing Parliament in the summer of 2020, the federal government released a speech from the throne in late September that made a series of promises on where it wanted to take the country. The plan would be fleshed out in part, the government said, in the fiscal update.

It just released the 237-page update, outlining next steps in confronting three interwoven crises: the pandemic, inequality and climate.

The pandemic
The government has provided direct support for Canadian families and businesses totalling $270 billion thus far, with another $200 billion in credit and loan support. Once the pandemic crisis has passed, the fiscal update commits an additional $70 billion to $100 billion over three years for a “feminist,” “inclusive” and “sustainable” recovery, in the words of Finance Minister Chrystia Freeland.

Though far from perfect, the government clearly gets a passing grade on its efforts to address the pandemic, providing income support for laid-off workers, shuttered businesses, the elderly and other vulnerable members of society. Without this support, those affected, almost all of whom at the bottom half of the income ladder, would have suffered even more dramatically from income inequality.

The fiscal update projects the debt-to-GDP ratio peaking at 52.6 per cent in the next two years. The deficit scare-mongers have come out in full force. These powerful purveyors of what Alex Himelfarb, former clerk of the Privy Council, calls “deficit derangement syndrome,” have for years pedalled false narratives about the evils of deficits. 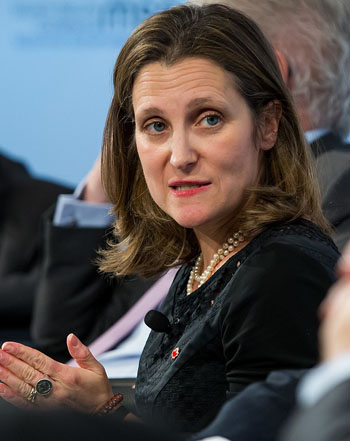 It’s worth recalling that at the end of the Second World War, the debt-to-GDP ratio was 150 per cent, three times the current level. No one complained then.

Years of government austerity have played role in the rise of household debt now equivalent to 106 per cent of GDP. Cutting program spending in the name of fiscal responsibility would raise household debt levels, adversely affecting low- and middle-income Canadians.

The Bank of Canada has funded the large majority of government borrowing during the pandemic and will continue to do so. Governments rarely pay back this debt to the money-creating institution they own. The debt incurred during the Second World War, for example, was never paid back.

Money creation, while essential, exacerbates inequality because it tends to increase stock prices, which are held almost exclusively by the richest. Measures in the fiscal update to prevent the floor from falling out from beneath the bottom 50 per cent of Canadian taxpayers, while critically important, do nothing to rein in the wealth at the top. Hence the need for fiscal measures, specifically progressive taxation measures.

The inequality crisis
The pandemic has exposed the corrosive underbelly of inequality. The last four decades have funnelled income and wealth upward to a level not seen since the late 1920s — exacerbating insecurity, poverty and suffering for many.

Freeland wrote a book a few years ago about the rise of the wealthy class or the one per cent, aptly named Plutocracy. She wrote: “Rising income, inequality and a hollowed-out middle class are the dominant social and political challenges facing our generation.”

Those at the top of the wealth and power pyramid have waged, in Freeland’s words, “successful political efforts … to tilt the rules of the game in their favour.”

The richest one per cent currently hold more than a quarter of Canada’s total wealth. Though not as extreme as wealth inequality, the one per cent hold 15 per cent of national income, almost as much as the bottom 50 per cent of the population.

A new report by Canadians for Tax Fairness reveals Canada’s leading 44 billionaires grew their fortunes by $53 billion, or 28 per cent, from April to October 2020, in the midst of the pandemic. Canada’s club of 100 billionaires now has as much wealth as the 12 million poorest Canadians.

Such levels of inequality produce cynicism and desperation, corroding democracy, which in extreme cases can lead to political upheavals like occurred Europe in the 1930s.

What has the government done in the fiscal update to address wealth inequality? With a couple of exceptions — such as ending stock option deductions — not much. Measures like wealth and estate taxes, restrictions on tax avoidance via offshore tax havens and reforms to the capital gains tax are conspicuous by their absence.

The climate crisis
The government has continued to acknowledge the severity of the climate crisis in the fiscal update. It’s reiterated its intention to exceed existing 2030 emissions targets of 15 per cent below 2005 levels, apparently aware of the warning contained in the IPCC Special Report on 1.5 C that the world had 12 years to make deep emissions reductions — 45 per cent below 2010 levels — by 2030 to prevent irreversible planetary climate damage.

While the fiscal update has put forward substantive measures that move the country in the right direction, those measures don’t on their own provide assurances that the government will meet its still unannounced 2030 targets on the way to net zero emissions by 2050.

Hope on the horizon
The pace of government action to date does not align with the urgency of the twin climate and inequality crises. Nothing it has done so far is threatening to the corporate plutocracy and its hold on power.

Archeologist Ronald Wright examined the rise and fall of a handful of past civilizations in his prescient 2004 Massey lectures, published as The Short History of Progress. These civilizations fell into what he calls progress traps: a chain of technological advances which, beyond a certain point, led to their collapses.

A common trait of these failed civilizations was the concentration of wealth and power at the top, which clouded their ability to foresee the danger until it was too late given their vested interest in the status quo.

The Short History of Progress is a cautionary tale written in the belief that the knowledge we have about past failures can enable us to avoid the global apocalypse facing us now. Therein lies hope. But hope must be twinned with widespread citizen mobilization to push political leadership through the barrier of climate denialism to transformative action.

Bruce Campbell is an Adjunct professor in the Faculty of Environmental Studies at York University, Canada.