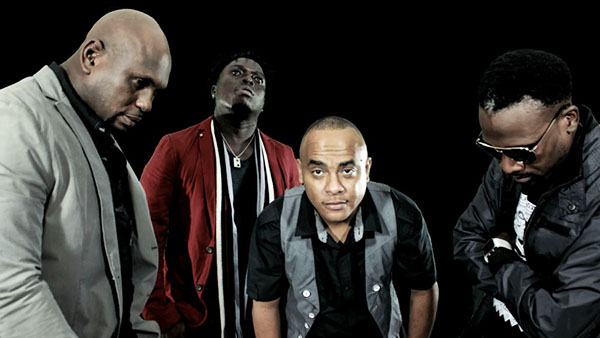 KINGSTON, Jamaica March 21, 2018 — Music bands and groups are often defined by one genre or another, especially for those hailing from the Caribbean; but with a new era comes new groups that do not want to be boxed in or defined.

1Koncept falls into the latter category.

Known for its versatile vocal-skill-set, 1Koncept fuses reggae, dancehall, R & B, and much more, to deliver what they call Jamaican Soul Music.

The four-man group consists of: Mervin Morris — aka Gatti — singer, songwriter and producer, who says “Everything about music and entertainment fascinates me”; singer O’Neil Lawson — aka Neily — for whom music and song writing are not just a passion but a way of life; Kenton Coleman — aka KentCole — whose DNA is steeped in music hailing, from a musical family filled with singers and musicians, hence his path was already crafted; and singer and songwriter, Garth Jobson, aka Jaboh, whose love for music has helped him prevail through rough times and has kept the dream, of spreading his message through music, alive.

The group is well aware that to stand out amid an over-saturated industry they need to possess more than skills, 1Koncept has tirelessly honed their craft with writing, composing and performing throughout their beloved island of Jamaica.

The band’s mission: “To spread good positive music, one song at a time — one view, one vision, four voices — 1Koncept”.

Ushering in the spring season, “To The Beat” will be available on digital platforms, soon.