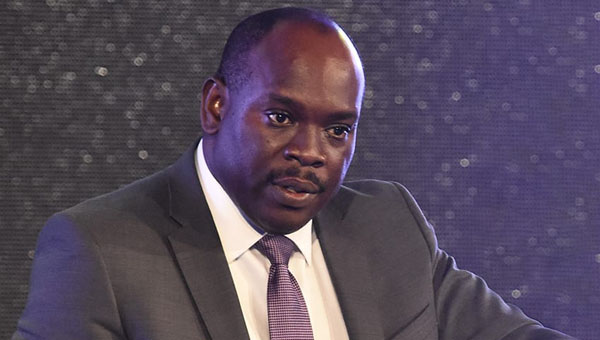 BRIDGETOWN, Barbados (Wednesday, February 24, 2021) — Barbadians are being urged to “fiercely” follow the island’s COVID-19 public health protocols and do not let their guard down, even in informal settings.

Minister in the Ministry of Finance, Ryan Straughn, said the health protocols were useful, and suggested that if persons deliberately adhered to them, then the benefits would be evident.

Straughn made the comments, on Sunday night, as he participated in Barbados Today’s live panel discussion, entitled: COVID-19: What Now, What’s Next?

Saying the government was committed to continuing the fight against the public health threat, he told his audience: “Once persons can follow the protocols, then we can keep those numbers [of people infected with the virus] down. And, in keeping those numbers down, it means that we don’t have to spend the money on health, in terms of responding for testing and PPE, and all those things, in the way that we have been doing.

“We will continue to provide the support that we can to help Barbadians… because it is critically important that not just businesses, but individuals and households, do not go under due to debt and insolvency.

“[Then] we can, in a sense, divert some of those monies to being able to help support individuals and businesses in this country…. But I am asking all Barbadians to please follow the protocols, so that we can maintain a space where activity and some level of normalcy can resume until the global economy recovers in full,” urged Minister Straughn.

He emphasised the importance of the recently rolled-out vaccination program, saying it was necessary to limit the spread and severity of the disease, adding that the vaccination of citizens would prove to be one of the government’s critical interventions.

Straughn noted that government was focused on its capital works program, which had already started on Highway One; disclosing that during the first quarter of the coming financial year, there will be road works, in the Scotland district, as well as on major highways in Barbados.

He explained that the government would roll out a number of housing initiatives and repair some of its unoccupied facilities.

The Minister said the National Insurance Scheme had paid out over $100 million in unemployment benefits to Barbadians, pointing out that the government was giving support in various ways to citizens and businesses.

“The government is prepared to put whatever social protection mechanisms [that are necessary] in place, which we’ve done, in part, with the Adopt Our Families program, and a number of other initiatives, which we will continue, in order to ensure that Barbadians do not fall through the cracks,” Minister Straughn stated.

Prime Minister, Mia Amor Mottley, recently assigned Minister Straughn the responsibility of meeting with officials from the banks and non-banking financial sector and the utility companies.

He noted that while it was still early, the members of the team were trying to be comprehensive in those talks.

“Those discussions obviously will require a deeper dive with respect to data. The intent is to create as much space as possible for both individuals and businesses with respect to their commitments….

“Once we get to the conclusion, then we will do the necessary policy announcements, as well as any legislative matters that may need to be addressed in order to give that certainty to Barbadians,” Minister Straughn indicated.