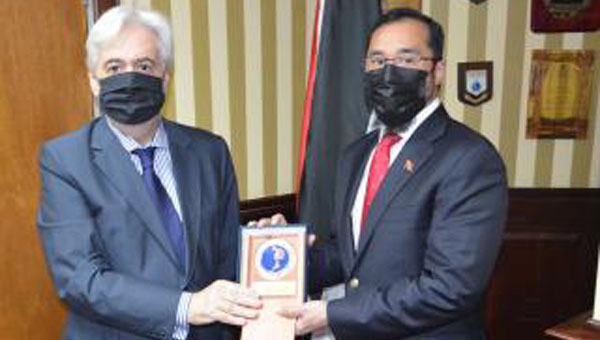 The meeting took place at the Ministry of National Security, in Port-of-Spain, where the Minister was presented with a token, from the Ministry of Defence of Chile, on the occasion of the Fourteenth Conference of Defense Ministers of the Americas (XIV CDMA), which was hosted, virtually, on December 2, 2020, and for which the government of Chile served as the Chair of the CDMA.

Minister Young thanked the government of Chile for its expression, and conveyed his appreciation for the strong bilateral relationship, between both countries, and underscored his commitment to furthering their mutual security interests.