New in Pride
Home / Commentary / Let’s All Breathe Again; But Can We, Really? 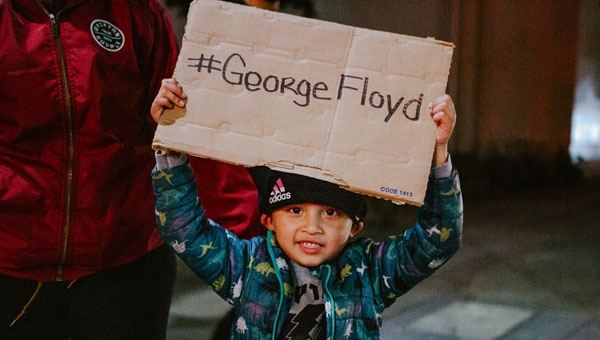 The significance of attaining one milestone does not mean that the fight against racist practices, by some policemen, and others, are over. Photo credit: Gabe Pierce/Unsplash.

People the world over, regardless of race, age, culture or religion held their collective breath as they waited, last week, for the verdict in the trial surrounding the death of George Floyd, an unarmed Black man, who was murdered by a White police officer.

For many of us, hearing this grown man calling out for his mother, with his last breath, will not only indelibly remind us of his fear, but also of a mother’s power in the eyes of, even her adult children. Not calling out for his father does give us food for thought.

So, the guilty verdict has been passed, the police officer awaits sentencing, but as I have always said, “Where do we go from here?” It is noteworthy, that during the sigh of relief regarding the George Floyd verdict, other Blacks have been killed by the police.

The significance of attaining one milestone does not mean that the fight against racist practices, by some policemen, and others, are over. We are still left to wonder, when will Black lives really matter.

So why is there the ongoing silence by so many? Can you imagine what the outcry from everyone would be, if policemen were killing dogs when they go patrolling in the neighbourhood? Dogs versus our unarmed Black men? There needs to be the continuation of the worldwide outcry, which followed George Floyd’s death.

Research shows that more than 90 percent of serial killers have been White males, yet we cannot recall the police killing even one, instead of taking these dangerous men to be tried in a court of law.

Are we to understand that UNARMED Black men are more dangerous than other men who, after ongoing police investigation, are known to have taken several lives?

We can fight racism, not only in policing, if we all understand its implications — and work together.