New in Pride
Home / Commentary / For Blacks Nothing New; Living In The Interminable Coil Of Déjà Vu 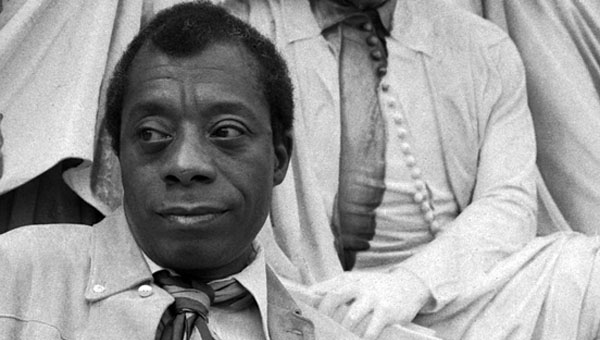 American novelist and playwright, James Baldwin (Pictured at the Shakespeare Albert Memorial), in his book, "No Name in the Street", asked: “Does the law exist for the purpose of furthering the ambitions of those, who have sworn to uphold the law, or is it seriously, to be considered as a moral, unifying force -- the health and strength of a nation?” Photo by Allan Warren.

Speaking of being pulled over, by the police, the criminal “justice” system is at the heart of much of the Black collective trauma.

In the book, “No Name in the Street” — written by American novelist and playwright, James Baldwin — the question is asked: “Does the law exist for the purpose of furthering the ambitions of those, who have sworn to uphold the law, or is it seriously to be considered as a moral, unifying force, the health and strength of a nation?” In a few sentences later, the author exhorts: “If one really wishes to know how justice is administered in a country, one does not question the policemen, the lawyers, the judges, or the protected members of the middle class. One goes to the unprotected — those, precisely, who need the law’s protection most! — and listens to their testimony.”

Another week, another column about the same thing: police brutality. The names may change, but the story remains, basically the same. Each and every time that a Black individual falls victim to the lethal projectiles from police guns, it causes old wounds to rise to the surface, and provide fresh hurt for the families, who are now traumatized. It is like an ever-continuing, suffocating nightmare, from which we cannot awake. Not that I am looking for news about the flaws in policing, but then again.

Recently, a week started with videos, taken by a Virginia police officer’s body cameras, emerging of the December incident, showing Lt. Caron Nazario being pepper sprayed; struck in the knees to force him to the ground; and handcuffed during a traffic stop.

This sad episode, once again, serves as a grim reminder to many Black Americans that even being in military uniform, doesn’t necessarily protect them from mistreatment by police.

Additionally, there is a long history of violence against veterans and service members of color, whose military status was seen, by some, as a provocation. www.nbcwashington.com/news/local/black-soldier-mistreatment-common-even-before-virginia-case/2643676/.

The next day, Daunte Wright, 20, was killed in Brooklyn Center, Minnesota, by 26-year veteran police officer, Kim Potter, who has since resigned and been charged with second-degree manslaughter.

The Brooklyn Center Chief of police, Tim Gannon, said Potter mistook her service weapon for her taser, when she shot and killed Wright. He has also resigned since the incident.

Permit me to digress, while I seek further elucidation and pellucidity on the gun and taser mix-up. Am I to believe that the taser and handgun looked the same, have the same weight and feel, and operate in the same manner?

Sadly, for me, this mode of reasoning fails the litmus test for plausibility. I am fully aware that, after she discharged her gun, Potter expressed “disbelief” at what had just happened. If this is a common occurrence or problem, then we need to address it ASAP. If it is not a common problem, then we, most certainly, need to comprehend how a police officer, with 26 years on the force, under her belt, would know how not to make such a mistake. www.cnn.com/2021/04/14/us/daunte-wright-minnesota-shooting-wednesday/index.html 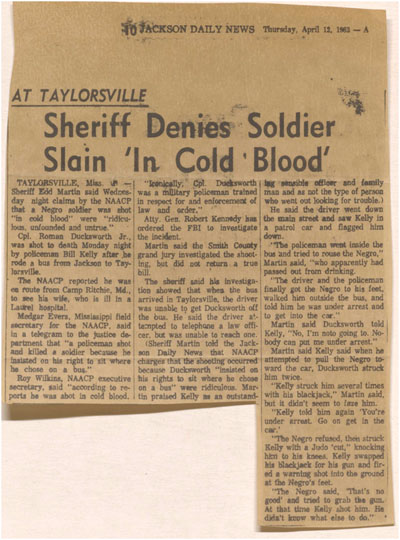 According to a 2017 Equal Justice Initiative Report, thousands of Black men, who served in the Civil War, World War I, and World War II, were targeted, because of their service, and threatened, assaulted or lynched.

One such victim was Sgt. Isaac Woodard. In 1946, the uniformed World War II veteran was headed home on a bus. He was removed and beaten by a white South Carolina Police Chief, leaving Woodard permanently blind. eji.org/files/EJI-Annual-Report-2017.pdf

In 1962, Cpl. Roman Ducksworth was killed by police, while travelling on a bus from Maryland to his home in Mississippi, where his wife was expecting their sixth child. According to Jerry Mitchell, founder of the Mississippi Center for Investigative Reporting, the bus driver called a white police officer to awaken Ducksworth, who had fallen asleep. The two struggled, and the officer shot and killed the sleeping corporal. Several theories have been proffered, among them being, that the police officer may have mistaken the deceased for a “freedom rider”, who was testing bus desegregation laws. The NAACP took the case, but the murder was ruled a justifiable homicide. unitedstatesofmuricacivilrights.weebly.com/cpl-roman-ducksworth.html

The fact that these recent events happened, against the backdrop of the Derek Chauvin trial and guilty verdict, is not lost on me. It seems, just as you think there could possibly be an inkling of progress, just a little, one gets a swift kick in the gut – a gentle reminder that we are dealing with America.

I am tired of seeing Black men killed. Not only is it traumatizing and exhausting to watch, but I am sickened, watching Black pain and Black trauma, on repeat. As I watched the video of Nazario and the cops, who pulled him over, and later read about Daunte Wright, my cranium became engulfed with all of the reasons white Americans — and some Black — will use to blame the victims. These tired comments are on repeat as well, and every time, the person uttering those words thinks he or she is saying something profound. It is so sapping.

This column was somewhat difficult to write, not because I do not possess the words, but simply because I have too many words, too many thoughts, too many emotions.

As a writer of two newspapers, wholeheartedly dedicated to serving the Black community, I am tasked with keeping up with pertinent issues, and the trial of Derek Chauvin falls into that category.

As a Black woman, day after day, I struggle to watch and listen to witness testimony and expert opinion, only to perhaps have a Not Guilty verdict in the end. I am somewhat fearful of having my heart broken, once again, by a justice system  that is clearly working as it was designed — against Blacks — but now purports to work for us.

Unquestionably, it does not take another national case for Blacks to see how the courts failed them. There are countless situations, to which we can, collectively, look back and see bias and failure, at every turn.

The current trial appeared to contain all the evidence to convict Chauvin, but we all know it was far from open and shut. Lawyers did their level best to convince the jury of Chauvin’s innocence or, at least, plant seeds of doubt.

The trial was traumatic, and the fear of the outcome too visceral. My eyes watered, my sense of being was in disequilibrium and my stomach turned, at the possibility that Chauvin could have been acquitted.

I have arrived at the personal realization that trials, especially the current one, is just another method, in which America inflicts collective trauma, and gaslights Blacks into questioning their own reality. Blacks are repeatedly told that justice is blind, and the system is fair, only to have us put our faith in the system, and be let down — once again. I pray that does not happen again, but precedent has been set, many times over.

Absolutely, nothing new. Just the unceasing spiral of déjà vu! Maybe, one day, I would not have to write another column about police brutality and the murder of another unarmed Black person at the hands of law enforcement officers.

Believe me, I am really looking forward to that day.