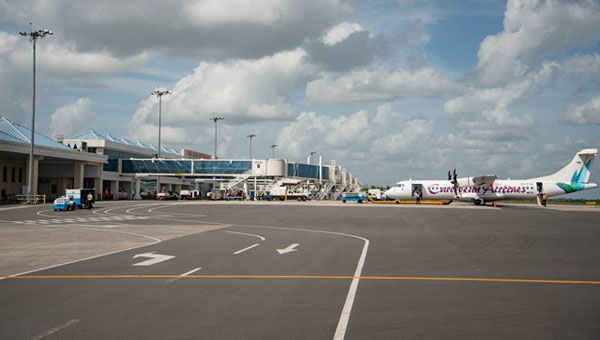 Minister Edghill made this revelation, yesterday, following his meeting with CHEC, on Monday, during which, the company provided an update on the project.

Minister Edghill said in an interview, that his ministry’s interventions have yielded results: “All of the 71 critical items that needed to be fixed, which was making us very uncomfortable, all 71 have been fixed.”

CHEC is well on its way to completing several items that were included in a Master Tracking List, and included in the original contract, the Minister added.

“We are well advanced in getting all of that completed. Significant progress can be reported, and has been reported, and, by September, all of those issues should be resolved.”

Additionally, the Ministry of Public Works is currently at the approval stage for the materials that will be used to construct the curtain wall that will form a façade at the front of the airport, the superstructure for the new commercial area and the corridor for the additional two boarding bridges.

Minister Edghill explained that though efforts are being made to resolve shipping issues, importing materials has been difficult, due to the COVID-19 pandemic, which has slowed down the international shipping industry. 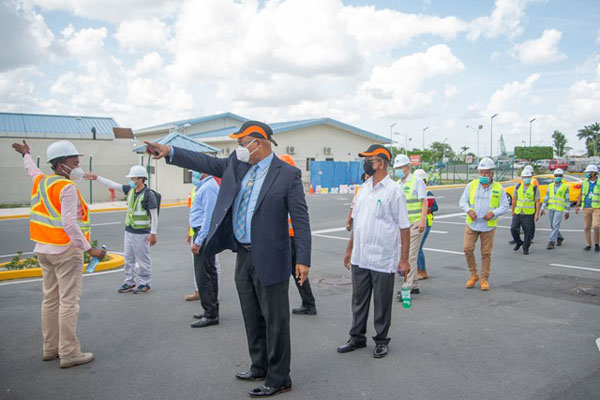 Concerning the new extended runway that was built, the Minister said it would soon be fully in use.

“We are at the stage, where we have completed the required markings, and we are now at the stage of removal of the old markings, to ensure that there is no confusion in the minds of the pilots, while approaching Georgetown,” he explained.

Although there were challenges at points during the transition, the Minister said the exercise is continuously monitored and tested.

Further, he underscored that safety would be maintained during the transition of the markings to the new runway, through a collective effort of the Guyana Civil Aviation Authority, the CJIA and the contractor.

CHEC has also changed its managerial team on the project to meet the government’s demands and deadlines.