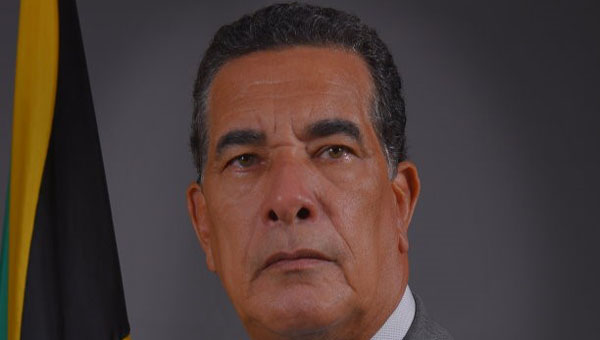 MONTEGO BAY, Jamaica (Wednesday, October 6, 2021) — Minister of State in the Ministry of Local Government and Rural Development, Homer Davis, is encouraging business operators in Montego Bay to work with the government to improve the aesthetics of the business district.

“Downtown Montego Bay needs a makeover; the aesthetics of the town need to be revisited… to make it more appealing to customers and visitors alike,” he argued.

He noted that the Old Shoe Market needs to be transformed into a more modern facility. “This is where I think central government, local government, along with the private sector, should form an alliance to upgrade that area,” Davis suggested.

He was addressing the Kiwanis Club of Montego Bay’s virtual installation ceremony, which was held, via the Zoom platform, on September 30.

Davis added that Montego Bay boasts several achievements; however, there is “still room for improvement”.

He said that the city has some 21 unplanned housing settlements that need further infrastructure development.

The Minister cited urban drift, as one of the issues that have affected the area’s infrastructure and impacted the rural communities.

“This has redirected the government… to focus its energy and available resources on improving the infrastructure and welfare of these rural communities, across the landscape of Jamaica,” he said.

Five pilot communities have been identified for improvement, under the Rural Development Program that is being undertaken by the Ministry. They are Chamber’s Pen in Hanover; Cheesefield in St. Catherine; Cheswick in St. Thomas; Banks in Clarendon; and Lawrence Tavern in St. Andrew.

Minister Davis informed his audience that some $650 million has been earmarked for works to include installation of water, electricity, Internet access, roads, sidewalks, community parks and indigent housing.

The program will also create temporary and permanent employment opportunities for community members.

The virtual ceremony was held to install directors, officers and members to the Kiwanis Clubs of Montego West Village, Cornwall Court, Portobello, and the Cornwall Action Club.

Davis noted that the function is being held at a time when the demand for “service with a passion is high”.

“Let us use these and other Kiwanis Clubs to change our mode of operation, where the [positive] energy is on display at meetings and on projects. Your decision to become a member of this body, means you have made a commitment to give service above self,” he said.

The theme of the virtual event was ‘Chartered to impact change… Kiwanis reaching our communities’.