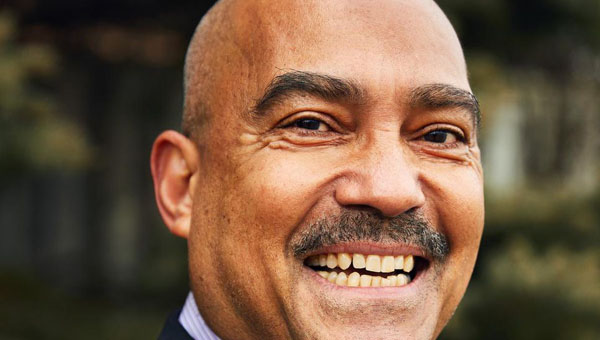 Dr. Akwatu Khenti, a university professor with a PhD in health and policy equity, is Chair of The Black Scientists’ Task Force on Vaccine Equity. Photo contributed.

TORONTO, Ontario (Thursday, December 9, 2021) — The Black Scientists’ Task Force on Vaccine Equity, with the support of Toronto’s Black community health leaders, is critical of the hasty travel restrictions imposed primarily, on African countries, due to the appearance there, of the Omicron variant, which has now been found in more than 12 countries.

Canada has imposed a ban on the entry of foreign travelers, and restrictions on Canadians, who have been in one of 10 African countries in the past 14 days.

“The response itself did not surprise me, given the absolute need to protect our population at all costs. What surprised me was the obvious lack of empathy for a region, hard hit by COVID disruption, without any hint of support to address the vaccine inequity that lies at the heart of surges in mutations,” observed Dr. Akwatu Khenti, Chair of The Black Scientists’ Task Force on Vaccine Equity. “There was little acknowledgement that South Africa’s transparent actions were both commendable and a standard for the world to follow.”

The Task Force was created to build community awareness of the disparities in COVID-19 positivity, hospitalization, and mortality rates, as well as the need for comprehensive prevention efforts, including knowledge of the various vaccines.

Its aim has been to promote the health and well-being of Black Canadians in Toronto, through the pandemic, and to harness trusted community partners, health and medical professionals and academics to deliver fundamentals of vaccine development and immunization essentials.

The recent policy may appear colour blind, but to Black observers across Canada and in affected countries, this policy is racially insensitive.

South African President, Cyril Ramaphosa, said, recently, that a travel ban imposed on his country, is both “unscientific” and “discriminatory”.

A post-colonial era of first and second world humanity is revealing itself during this global crisis: while high income countries aim for fully-dosed populations — and now third dosed population strategies — African countries are struggling to reach the modest goal of 10% population vaccination targets, which is proving difficult to attain for the following reasons:

High income country governments, especially the Canadian government, must prioritize and immediately accelerate vaccination donations to COVAX, if this pandemic is ever to end.

Notes Dr. Khenti: “There has been no response to South African efforts to jump start African vaccine production, if IP waivers and technology could only be shared. If this is what global health emergency pandemic planning looks like, COVID will be around for a long time to come…many, many African lives will be lost that could have been saved.”