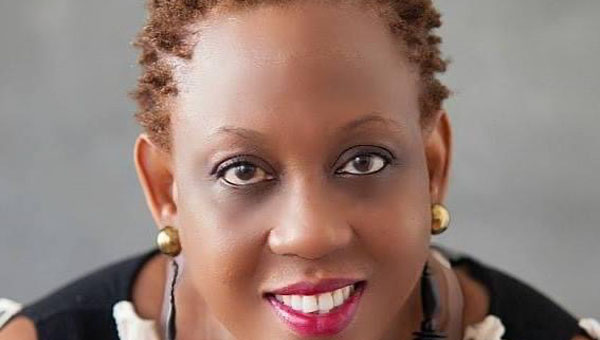 TORONTO, Ontario (Monday, January 31, 2022) — Aina-Nia Ayo’de Grant’s presence exudes freedom and authenticity. The founder of Sacred Women International (SWI) — an organization that inspires individuals to realize their highest vision, live with purpose, and influence change in their families, communities and throughout the world – has made it her mission to transform the lives of Black people.

Having been the lead consultant of the Toronto Action Plan to Confront Anti-Black Racism and the first manager of the Confronting Anti-Black Racism Unit at the City of Toronto, Grant remains committed to challenging systemic racism and discrimination that limit the aspirations of Black Torontonians.

Having retired from the Toronto Public Service, last month, the former Director of community resources in the Social Development, Finance and Administration (SDFA) department at the City of Toronto, says she did so “to continue my public works.”

Anyone, who ever entered her office at Toronto City Hall, knew that they were in a space of someone, centred in Blackness, who declared it by ensuring that the décor and images were Afrocentric.

There were photographs with affirmations from revolutionary Black activists, such as James Baldwin, Audre Lorde and Harriet Tubman.

“Not everything that is faced can be changed, but nothing can be changed until it is faced,” is imprinted on the face of Baldwin, an outspoken gay poet, novelist, playwright and essayist.

Grant says Baldwin named it perfectly, because the first step is to face the truth, and it is critical to understand that “with my best efforts, I won’t change 400+ years of oppression on Black lives in Canada.”

She notes that her all-time favourite activist, feminist Audre Lorde, reminds her every day that “each step I take towards my vision will minimize the fear”. The quote from Lorde, a self-described “black, lesbian, mother, warrior, poet” says,

“When I dare to be powerful – to use my strength in the service of my vision, then it becomes less and less important, whether I am afraid.”

Grant says she studied the principles of Tubman’s revolution for years. “I wear her ways in the very fibre of my being. Freedom is my life’s principle and it is my vision for Black people, a freedom that is beyond one offered by the State. My favourite line in this quote is ‘liberty or death’.”

Tubman asserts that, “There was one of two things I had a right to: liberty or death. If I could not have one, I would take the other, for no man should take me alive. I should fight for liberty, as long as my strength lasted.”

Born in Jamaica, Grant knew, from since she was a little girl, that her ambition was limitless, and has been uplifting women around the world.

She grew up in Rollington Town, Kingston, and came to Canada at the end of 1989. While there, she attended Rollington Town Primary School, then Kingston Technical High School, and pursued tertiary education at Duff’s Business College and CAST (now UTech). Upon immigrating to Canada, she pursued studies at Ryerson University in Toronto. 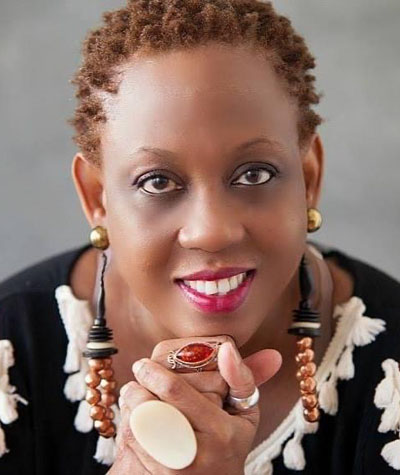 Grant, recognised as a community trailblazer, will be honoured with a Lifetime Advocacy Award, later this month, for her sterling contribution to the betterment of the African-, Black- and Caribbean-Canadian communities. Photo contributed.

A minister of new thought ancient wisdom, Grant sees the critical need for women to stand in their power.

It was a car accident that changed her life path, while she was healing, and spirit sent different teachers and truths to her for inner healing.

“The biggest piece of this happened in my journey with Iyanla Vanzant, in my own studies with her for four years, and my initiation with her.”

In the process of initiation, it was made clear to Grant that she is an educator, who believes in supporting people to get to “their higher selves and giving them the spiritual tools that are necessary for people to live their highest vision”.

Kemba Byam, a member of Sacred Women International, says Grant leads by example and understanding and does that through spirit.

“The way that Aina-Nia leads, it saved my life, and I say that without any overzealousness; it’s very literal,” says Byam, noting that she grew up in a nuclear immigrant home and was always taught to strive, but was not aware of what that does in the context of a racist misogynist world. She says anything Grant teaches comes from her lived experience.

Looking back at her three-year stint at the City of Toronto, Grant is honoured to have played a leadership role and been an influencer in the City and its mandate to advance the actions from Black people across the City divisions, agencies, and commissions, to realize the full breadth of things the Black community prescribed during her 15 months of being lead consultant on the development of its confronting anti-Black racism (ABR) plan.

“In the midst of two major global challenges in 2020 – the COVID-19 pandemic and racial uprising — I was still able to lead disruptive and transformative racial justice work for the advancement of Black people’s lives in Toronto, and beyond,” she says.

“Her wisdom and experience in equity work, deep relationships in communities, culture change savvy, and gentle honesty, made her a formidable and trusted partner that raised the bar in our work and ensured groundbreaking practice.”

In January 2020, Grant agreed to broaden her role in SDFA by becoming director, Community Resources, leading the division’s community development and investment portfolio.

In this role, she combined a thorough understanding of the conditions that create vulnerability in communities, with a strong commitment to improve service models, creating the conditions to uplift.

The transformative leader is pleased that the confronting anti-Black racism (ABR) work, and other social justice and development work she led, is making meaningful waves.

It has supported other municipalities to create ABR action plans and implementation structures in cities, such as Brampton, Ottawa, Hamilton, Halifax and Kitchener.

The provincial and federal levels of government have created systems to address ABR, City of Toronto commissions and boards, such as the Toronto Transit Commission (TTC) is building its anti-Black racism infrastructure, and Toronto Community Housing Corporation (TCHC) has a whole office made up of 15 staff for the TCHC Centre for the Interest of Black People, which was launched in December.

City divisions, such as Shelter and Housing, have a full CABR Unit to operationalize the Action Plan and all the major externally facing City divisions now have anti-Black racism resources.

“This work has not been without challenges and what could be seen as setbacks. I have turned a renaissance into the norm and that makes me very pleased and I feel complete to have created and is leaving this type of legacy to last for generations,” says Grant.

She led the development and leadership of the Toronto Mental Health Support Strategy as part of the COVID Equity Response, and the City’s Community Engagement and Mobilization for Vaccine Equity effort, including the establishment of the well-respected Black Scientists’ Taskforce on Vaccine Equity, Vaccine Accessibility Taskforce, and the Youth Vaccine Advisory.

Grant recently launched her first of a 5-book series, SELF: An Inner Journey to Re-Membering Your Power, and some Sacred Women International personal and professional development programs at The Diner’s Corner, a Jamaican restaurant in downtown Toronto.

She describes her books as tablets, likening them to the writing of scribes, and notes that because of her indigenous practice, she works with mediums, seers and elders.

Grant says, “Remembering Her Power” came out of the way she teaches, the affirmation she gives, and the lessons that she shares with people.

Her book or tablet is about going inside one’s self, what she alludes to as “a journey to inner exploration”.

“It’s broken down into 31 days, so the length of an average month. Each day, I give lessons and then allow folks to use those lessons to do their own reflection and their own self-exploration for their own answers; it’s really a guide.”

The second book will be similar, and by the time she gets to the fifth tablet, she will speak more about her own journey and share more of herself. The lessons will be from her life.

Merrick Aries, owner of the restaurant, considers Grant an ambassador for his establishment, and says she is second to none in her encouragement and support.

He says the book launch was creative, amazing, and one of the best events that his business has hosted.

A few years ago, “Remembering Her Power”, a documentary about her work, was executive-produced by SWI and premiered at the 2018 Parliament of World Religions in Toronto. It was the featured documentary on Global Africa Television Network, and Grant is also featured in the YouTube web series, Souls of Women.

Even as Grant prepares to embark on other ventures, she will be celebrated for her support of the Black Coalition for AIDS Prevention (Black CAP) — Canada’s largest Black-focused AIDS service organization – in February 2022.

As a community trailblazer, she will be honoured alongside Ontario NDP MPP for Toronto-St. Paul’s, Jill Andrew, and Al Ramsay, associate vice president, LGBTQ2+ & Black Customer Segments, TD Bank Group, with a Lifetime Advocacy Award for their sterling contribution.

The inaugural advocacy award is being given to individuals, who have focused their efforts on the betterment of the African-, Black- and Caribbean-Canadian communities.