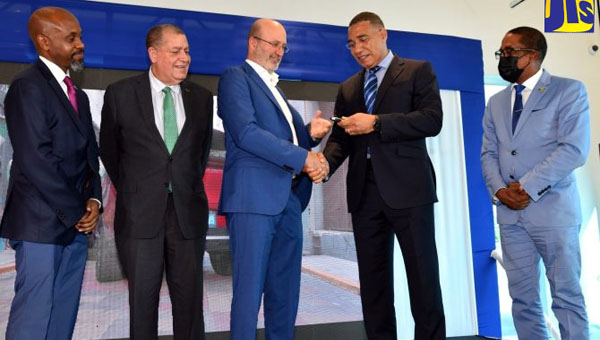 KINGSTON, Jamaica (Tuesday, July 12, 2022) — The government has announced that it will continue to transform the public transportation sector, by using more renewable energy and electric vehicles (EVs).

Speaking at the launch of the Government Electric Vehicle Trial Program, held at the Jaguar/Land Rover showroom on Arthur Wint Drive in Kingston, last Friday, Minister of Transport and Mining, Audley Shaw, noted that EVs demonstrate [a positive] change in public awareness of the climate crisis, which is exacerbated by the use of fossil fuel by motor vehicles, worldwide.

The five ministries include Science, Energy and Technology; Transport and Mining; Finance and the Public Service and two others. 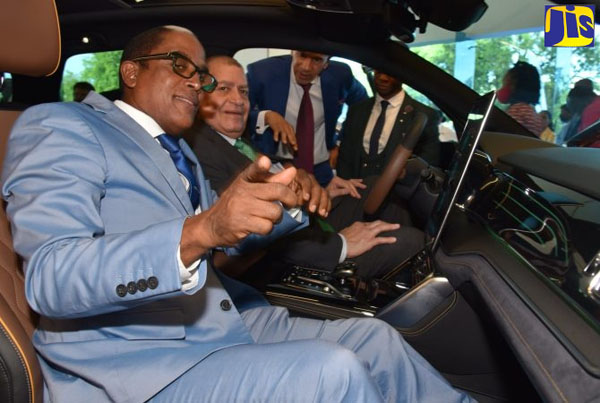 Minister of Transport and Mining, Audley Shaw (second left), sits at the wheel of one of the Build Your Dreams (BYD) electric vehicles. Seated at left is State Minister in the Ministry of Industry, Investment and Commerce (MIIC), Dr. Norman Dunn. Observing (at third left) is investor in the EV distributing company, Flash Motors, Zachary Harding. Photo credit: Mark Bell/JIS.

“The experience will provide us all with useful information on the technical aspects of EVs and the requirements for supporting charging infrastructure. At the same time, it will raise public awareness about this new mode of transport as a viable alternative,” Minister Shaw said.

He pointed out that five of the 50 buses, being added to the Jamaican Urban Transit Company (JUTC) fleet, will be electric.

Shaw said the fleet will also benefit from the addition of a further 20 buses that will use compressed natural gas, “under the expansion of the Natural Gas Project, in partnership with the New Fortress Energy company”.

State Minister for Industry, Investment and Commerce, Dr. Norman Dunn, noted that “with a government policy to incentivise the importation of EVs now approved by Cabinet, we expect an increase in the number of consumers, who will be able to afford these vehicles”.

“So, with this in mind, we are making specific adjustments for a Motor Vehicle Import Policy to accommodate concessional rates afforded by the Electric Vehicle policy,” he added.

Stewarts Automotive Group is currently the only dealership that provides EVs for purchase. The company has, so far, sold approximately 20 vehicles, with an estimated 100 remaining in stock. 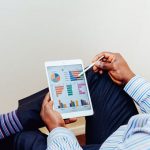