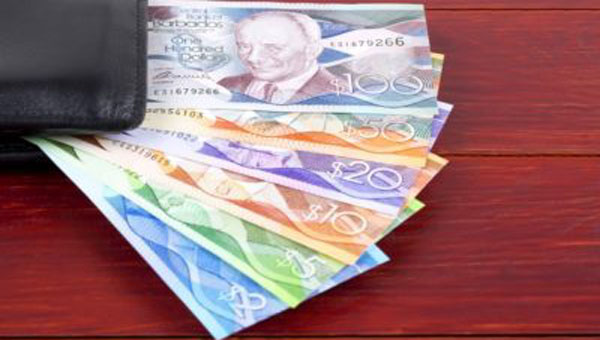 BRIDGETOWN, Barbados (Wednesday, July 13, 2022) — With Crop Over and other public events making a return this summer, the Central Bank of Barbados is encouraging Barbadians to be vigilant when making cash transactions, and to check their money, as soon as they receive it.

“The level of counterfeiting in Barbados is generally quite low, and has been even more so, over the past two years,” revealed Octavia Gibson, Director of the Bank’s Currency and Payments Oversight Department.

“But we don’t want people to become complacent. With the country opening back up and many mass activities on the calendar, there will be an increase in commercial activity, and it is at these times that we also tend to see an increase in counterfeiting.”

Gibson went on to say that “counterfeiters know that businesses are busy, people are in a hurry, and during Crop Over in particular, many of the events take place at night. So, they try to take advantage of your distraction or of poor lighting to pass you a counterfeit”.

The Central Bank official urged Barbadians to take steps to protect themselves. “Learn three or four security features and use them to authenticate your notes, as soon as you receive them. Not after you get home – as soon as you receive them. It doesn’t take a long time. If it’s dark, use the flashlight on your smart-phone. We have lots of information on our website and we post tips on social media regularly so you can easily find out what to look for.”

The Central Bank of Barbados has announced that it will issue a new series of banknotes that will be harder for fraudsters to replicate, but easier for people to authenticate. Those notes will go into circulation on December 5.

But Gibson assured the public that the current notes contain several security features that are effective: “The key is to check your money. Counterfeiters are hoping that you won’t. They are opportunists. Don’t give them the opportunity.”