New in Pride
Home / International News / Jamaica Must Not Repeat The Economic Mistakes Of The Past, Says Prime Minister 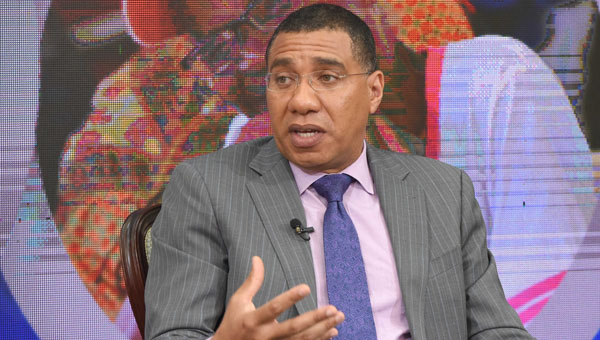 Speaking, on July 15, at the launch ceremony for the Youth Summer Employment Program at Manning’s School in Westmoreland, the Prime Minister underscored that the government has, through robust strategies and policies, been able to balance fiscal responsibility with the needs of the people, as well as Jamaica’s national development agenda — despite the shock of the covid-19 pandemic and geopolitical disruptions stemming from the Ukraine/Russia conflict.

In that regard, the Prime Minister emphasised that in times of shock, the government must not abandon caution, nor should it take short-sighted decisions that will have devastating impacts on the Jamaican economy and on the future prosperity of the Jamaican people.

He urged citizens not to fall prey to this way of thinking, which is being espoused by some, and which encourages the taking of irresponsible, myopic actions that the country will then pay for in the future.

Holness reminded the country that Jamaica paid dearly for taking such actions in the past, in one instance taking almost a decade to recover; and urged vigilance against this way of thinking and acting, to ensure Jamaica does not suffer unduly in the future.

The Prime Minister noted, therefore, that the current posture of the government is to persevere with development and growth strategies, which are in the interest of Jamaicans, while at the same time providing cushioning support to Jamaicans who require it.

“The best way to show you care is to manage the economy well so that the country doesn’t collapse like many other countries in the world,” the Prime Minister said.

He continued: “We are a government that cares, because, in the middle of a crisis, we are providing meaningful support and are able to continue with programs, like the Youth Summer Employment Program, to get our young people targeted interventions for employment, so that some resources can get into their hands.”

The Prime Minister reiterated that it is important for the country, in this period of exogenous shocks, to maintain a strong principle of fiscal prudence and responsibility, so we will emerge safely from these crises.

“Amid crises, the government must maintain a stable economy to ensure the protection of livelihoods, while at the same time, implementing programs and policies to cushion the impact on the most vulnerable,” he concluded.