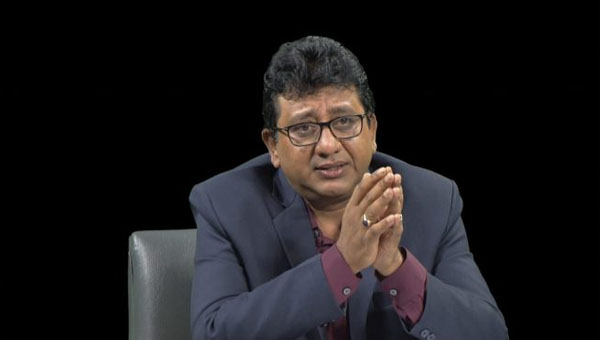 GEORGETOWN, Guyana (Thursday, December 17, 2020) — The government will be strengthening the laws to address investment fraud, as the lack of such legislation has impeded prosecution of the largest Ponzi scheme operators in the country, disclosed Attorney General and Minister of Legal Affairs, Mohabir Anil Nandlall, in an interview, yesterday.

“We have to look back at our laws, tighten them and make Ponzi schemes and devices of this type, criminal offences, and to have very strong penalties attached to them when they are committed,” the Attorney-General elaborated.

Guyana does not have any law that specifically addresses investment fraud, so law enforcement officials had to resort to ordinary criminal law and common law, to charge the operators of the financial outfit, known as the Accelerated Capital Firm Incorporated (ACFI), operating on East Coast Demerara.

“That must change quickly, because this is a new phenomenon, that has not only manifested itself in Guyana, but we have seen it occurring now, right across the Caribbean. So, it’s a new problem developing in the region, and I think the region, as a whole, will have to now prepare itself for greater proliferation of these schemes and fraudulent devices of a similar type,” Nandlall proposed.

Back in August, the government received many complaints from the public, concerning ACFI. Subsequently, an investigation was launched and the operator and his wife were arrested, and over 30 counts of fraud charges were laid against them.

“This was simply a fraudulent design, which was executed with great precision and skill, and has unlawfully extracted, from thousands of Guyanese, millions of dollars…I am hoping that every effort will be made to expedite these prosecutions so that, at the end of the day, the persons, who have been defrauded, will feel some sense of satisfaction that justice has prevailed,” he said.

Minister Nandlall added, unfortunately, all efforts by the administration to facilitate the scammers to refund the 3,000 investors, have failed.

“The last engagement I had with two lawyers of the operators, who requested help; I told them to put it in writing and we will make every effort to assist, providing that what they are requesting is lawful and permissible. I never heard a word from either of the lawyers,” Nandlall revealed.

The Attorney-General said it is now clear that fraud was committed and persons, who questioned the integrity of the operators, must now sweep those doubts aside.

The Minister said the success of the fraud has led to reports of similar acts being perpetrated across the country, and therefore, the legislation must, immediately, be strengthened to prevent their recurrence.