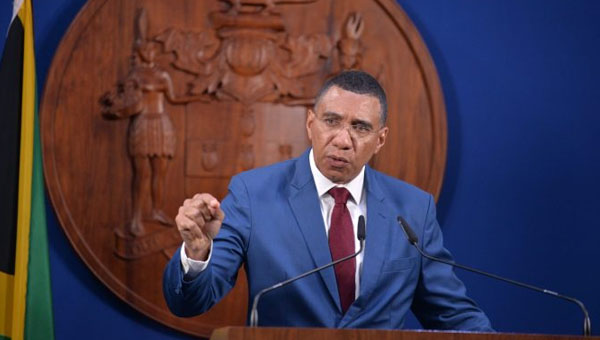 KINGSTON, Jamaica (Wednesday, December 7, 2022) — States of Public Emergency (SOEs) have been declared in several parishes, and police divisions island-wide, to address an increase in criminal activities and ensure public order.

Prime Minister, Andrew Holness, made the announcement during a press briefing at the Office of the Prime Minister yesterday morning (December 6).

Holness said that the government, after careful consideration of the recommendations of the security chiefs, decided to advise the Governor General that it was necessary and appropriate to declare the SOEs.

“Since the end of the last SOE, we have seen, unfortunately, an increase in criminal activities in these areas and, indeed, a threat to property and in some instances, public disorder,” he recalled.

He noted that the security measure is also aimed at protecting lives and property during the Christmas period.

“This will be the first Christmas season, since the ending of the Disaster Risk Management Act (DRMA) [which imposed COVID-19 restrictions], and already we are seeing and projecting an increase in activities, including entertainment and commercial [events].

“We are already seeing a demand, a stretch on the resources, and we have to guarantee our citizens that they will be able to go about their business in a safe and secure manner,” he said.

SOEs were previously imposed in several of the areas on November 15, but ended on November 29, after the resolutions to facilitate the extensions failed to achieve a two-thirds majority in the Senate.