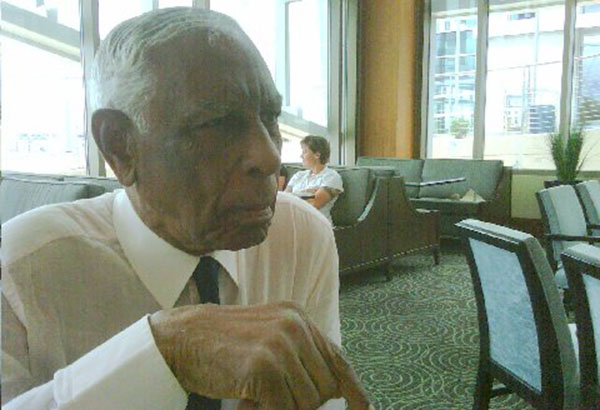 His daughter, Lady Susan Woodford-Hollick, said her father had been recovering after undergoing serious surgery last month. His wife Ann, Lady Hollick and his other daughter, Nicola, were at his side when he died.

National Security Minister, Gary Griffith, said he was surprised at the death adding “this is a loss to us and he will be missed”.

Cross, who joined the Royal Air Force during the Second World War in 1941 attained the rank of Squadron Leader and was the only West Indian in his squadron.

His experience in the war was the inspiration for the character of the black Squadron Leader, Charles Ford, in British novelist Ken Follet’s book Hornet Flight.

After the war, he spent 16 years in Africa, serving in Ghana and then as Attorney General in Cameroon. He became a High Court judge in Tanzania before returning to Trinidad in 1974, where he was also made a High Court Judge.

In 1979 he was elevated to the Court of Appeal and from 1990-93 served as High Commissioner for Trinidad and Tobago to the United Kingdom, combining the position with that of Ambassador to both Germany and France.

In 2011, he was awarded the nation’s highest honour, the Order of the Republic of Trinidad and Tobago for distinguished and outstanding service in the sphere of Law.