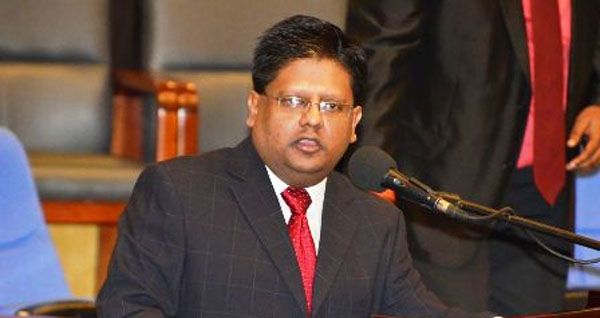 A balance of approximately US$322,578 would be rescheduled and repaid over a three year period. “The funds saved under this agreement will be used to assist Guyana in enhancing economic growth and alleviating poverty,” Singh said.

Bulgaria’s Minister of Finance, Dr. Petar Chobanov, signed the agreement with Minister Singh on the margins of the annual meetings of the IMF and World Bank which are currently taking place in Washington DC.

“Guyana looks forward to the continued friendly relationship and future cooperation with the Government and people of Bulgaria,” Minister Singh said. “This Agreement represents a step towards greater cooperation and the strengthening of the cordial friendship between the two countries.”

The debt write-off was facilitated by the Paris Club, which is an informal group of official creditors aimed at facilitating debt treatment options to countries like Guyana.

Guyana’s debt to Bulgaria resulted from an Intergovernmental Barter Protocol that was signed on June 10, 1984 in Varna, Bulgaria, which facilitated trade between the countries during the early 1980’s.

With the conclusion of this debt relief agreement, the Government of Bulgaria recognizes Guyana’s attainment of Completion Point under the enhanced HIPC initiative in 2003 and the subsequent Agreed Minute signed with the Paris Club in 2004 for the delivery of debt relief by Guyana’s creditors.