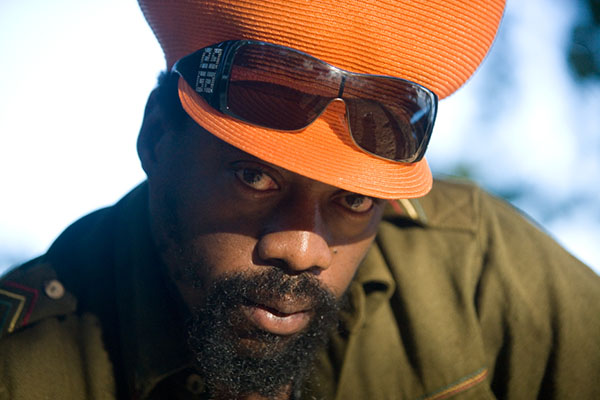 In a confluence of scintillating notes and harmonies, former singers of the celebrated Jamaican group, Black Uhuru, are getting together on the same stage for the first time in Toronto.

With musical careers spanning over 35 years, Mykal Rose and Delroy ‘Junior’ Reid—who succeeded Rose as lead vocalist for Black Uhuru—are certain to thrill the crowd with their unmistakable brand of mainstay reggae.

Well known for his powerful, wide-ranged voice, the “Ruff” Rose has achieved much success, both as a solo artiste and with Black Uhuru.

Before joining the group, Rose was already an established artiste with several hits like Guess Who’s Coming to Dinner and Clap the Barber both recorded with producer, Niney the Observer, and Running Around with producer, Winston Campbell.

He led Black Uhuru in recording many successes, including Sinsemilla, Red, Chill Out, and Anthem, for which they won the first-ever Grammy for a Reggae Album, in 1984.

Critics and reggae aficionados often argue that Black Uhuru at that period was considered the indelible masters of reggae, after the legendary Bob Marley.

After Rose parted ways with the group to focus on his solo career, he continued to tame success with singles like, Monkey Business, Visit Them, and One ah We Two ah We. As a solo artist, he regularly tours the United States and Europe, while maintaining his Jamaican fan base with hit singles.

The modern roots singer fits perfectly into today’s scene, with a glorious past and a wide-open future.

Reggae and dancehall maestro, Reid started his career at 13 with the single, Speak The Truth. It gained international popularity, and Reid has enchanted fans with scores of tracks ever since. Reid has several successes to his credit, with popular tracks like self-produced Human Nature, A1 Lover, produced by Sugar Minott, and chartbuster, Foreign Mind.

Boom Shacka Lacka was Reid’s first hit in the United Kingdom, and after a number of hit singles, he launched his own label, Jr Productions.

An ardent follower of Black Uhuru, he was approached to be lead vocalist, and with his unique style, Reid brought about several successes for the group.

Three of the singles he did with Black Uhuru Pain, Nah Get Rich and Switch, and Let us Pray were released by JR Productions.

The collaboration on his first Black Uhuru album, the Grammy-nominated Brutal, in 1986, was well received by all and during the time he was with Black Uhuru they toured Europe, the UK, the U.S., Canada and Bermuda.

Two years and three albums later, Reid’s interest to produce his own material, and desire to regain his domestic popularity, drove him into the solo arena and into his own studio (One Blood Recording Studio), while focusing on his own label.

He produced a series of popular numbers, including I’m Free with The Soup Dragons, Stop This Crazy Thing. He is best known for One Blood and This is Why I’m Hot, and his recent successes include Sharing the Night Together, Never Let You Go and Same Boat.

With a vocal repertoire that has vast crossover appeal, Reid will continue to be in high demand for the foreseeable future.

Helping to set the stage on fire will be Juno Award winner, Exco Levi. His latest hit, Strive fetched Levi his third Juno, making him the only recipient to ever receive the prestigious award on three consecutive occasions.

His previous wins were for Storms of Life in 2013 and Bleaching Shop in 2012.

On Saturday, May 24, the Sound Academy (11 Polson Street, Toronto) will host Levi and these two members of Reggae musical royalty—Mykal Rose and Junior Reid—as they invoke their pure talents, performing together for a true reggae delight.

Presented by G98.7 FM, the night will feature Mountain Edge band and will be hosted by Delroy G, with music by Spex and Ron Nelson.