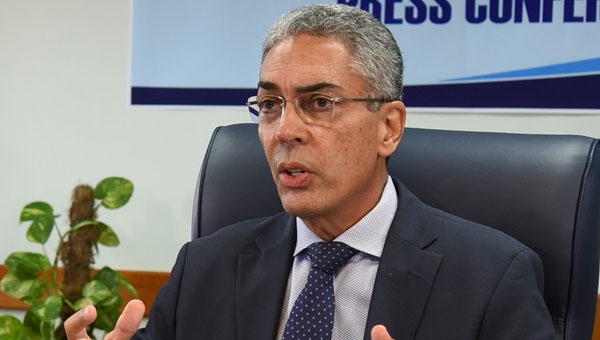 This includes minting of Jamaica’s first batch of CBDC on August 9, totalling $230 million, which will be issued to deposit-taking institutions and authorised payment service providers.

Speaking during the BOJ’s digital quarterly briefing, today, Deputy Governor, Natalie Haynes, indicated that one financial institution, the National Commercial Bank (NCB), has been engaged as the initial wallet (account) provider, under the pilot, which ends in December.

She told journalists that CBDC will be issued to NCB, next month, at which time they are expected to initiate its rollout to customers.

Haynes said it was anticipated that details of the CBDC customer take-up would be forthcoming in October.

Meanwhile both Governor, Richard Byles, and Haynes said that there has been positive feedback, so far, to the CBDC’s introduction.

Byles recalled that there was some degree of skepticism, up to a year ago, but stakeholders were now more positively oriented to the CBDC implementation.

Meanwhile, Deputy Governor Haynes said, based on the level of interest in CBDC, “it behooves the BOJ and the other [prospective] wallet providers to capitalise on that and ramp up the communication, so [that] we have full acceptability of the product”.

CBDC is a digital form of central bank-issued currency, and is therefore legal tender, which can be exchanged, dollar for dollar, with physical cash.

Households and businesses will be able to use CBDC to, among other things, make payments, as is now possible with cash.

CBDC is backed by the central bank and issued to authorised financial institutions, including deposit-taking institutions, on a wholesale basis, as is now being done with physical currency.

The anticipated benefits of CBDC for Jamaican citizens, businesses and the government, include increased financial inclusion, as it will provide another easier-to-access means of efficient and secured payments.

For deposit-taking institutions and the BOJ itself, CBDC is expected to present an opportunity to improve cash management processes and costs.