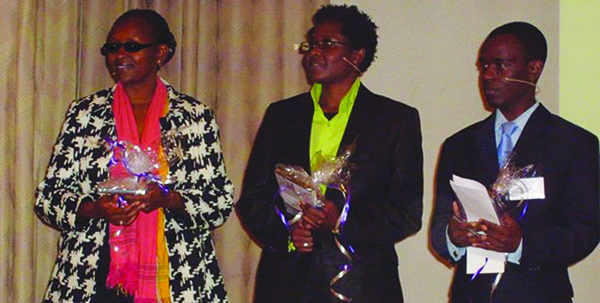 WorldPride To Focus On Human Rights

TORONTO, Ontario – When WorldPride 2014 Toronto happens later this month – an event, organizers say, will be the largest international LGBT festival to date and the first in North America – there will be a strong focus on human rights.

The 10-day international celebration, from June 20-29, will showcase activism, education, and the history and culture of global LGBTQI communities.

For three days, June 25-27, delegates will gather at University College, University of Toronto for the WorldPride Human Rights Conference 2014, organized by WorldPride and the Bonham Centre for Sexual Diversity Studies.

The event will bring together activists, artists, educators, journalists, policymakers, students, and others engaged in LGBTQI human rights around the world.

Organizers say the conference provides a unique opportunity for a global dialogue about LGBTQI human rights, ranging from performances to presentations, politics to policies, and activists to academics.

“This is an important time for global LGBTQI human rights, when our communities celebrate successes and challenge setbacks everywhere. We are proud that the WorldPride Human Rights Conference, hosted by the University of Toronto, will provide an opportunity for learning and dialogue with international LGBTQI activists and thinkers,” said Kevin Beaulieu, executive director of Pride Toronto, in the official WorldPride 2014 Pride Guide.

Among the sessions related to the Caribbean and Africa are: “Challenging the Colonial Anti-Sodomy Law Legacy – Canada, Uganda, India & Jamaica” and “Media Representations – Canada, Suriname, Armenia, Trinidad & Tobago” on the morning of June 26.

There will be a public plenary later that day with Frank Mugisha, a Ugandan LGBT advocate who has won the 2011 Robert F. Kennedy Human Rights Award for his work pursuing LGBT rights in Uganda, and Justice Mbaru Monica Wanjiru, a Kenyan judge, human rights activist and defender of LGBTQI rights across Africa.

Justice Mbaru was sworn in, in July 2012, and sits at the High Court building in Nairobi serving in the Industrial court division of the High Court.

On the following morning, June 27, there will be two sessions: “Telling Our Stories: LGBT Lives in the Caribbean – Saint Lucia, Guyana, Jamaica and Belize” and “Responses to LGBTQ2 Youth Homelessness – USA & Jamaica.”

There are other WorldPride events that celebrate Black/Caribbean/African LGBT activism here and internationally.

Exhibition at the Ryerson Image Centre

The exhibition ran from May 1 to June 1 at RCI and on June 17, Muholi will present a lecture and be part of the public opening a day later at the centre.

Muholi, a South African artist, is an alumna of Ryerson University and her work aims to address the representation of black lesbian and queer identity, focusing largely on post-apartheid South Africa.

“I think she has a very interesting take on gender identity, queer identity because she only works with women or transgender. We don’t see that, that often, it’s a very specific work and she, because it’s her own community, she has that capacity of going there, meeting with the people, engaging with them. In exchange, there is some trust and then they can sit for her in front of the camera,” says Dr. Morel.

This ongoing series of large black and white photographs includes more than 240 portraits, of which 36 are exhibited at the Ryerson Image Centre to coincide with the celebration of WorldPride 2014 in Toronto.

As a social and political activist, Muholi endeavours to radically change the conventional perception of lesbian and transgender communities, who suffer from an epidemic of continuous attacks.

The artist employs a repetitive protocol to photograph her engaged sitters, creating a poetic archive that draws from a documentary tradition.

“There is this idea of building almost an impossible archive of all the lesbians in South Africa. But I like the idea of this quest, this search for meeting all of the women and try to stand up for their rights,” says the curator, noting that Ryerson is very proud to be an open and diverse community.

“We always try to address difficult political and social issues,” she says.

The Blockorama stage has been one of the most dynamic stages at Pride Toronto’s annual celebration, Pride Week.

2014 marks the 16th year of Blockorama, the longest-running recurring program at the festival. It is a full-day program with over 11 hours of activities, performances, DJ sets, spoken word, and art engagements. The special guest on June 29 will be Crystal Waters, American house music singer and songwriter.

Located at TD Wellesley Stage, across from the Wellesley subway station, the site unites and engages communities through musical performances, words, images and dance.

Since 1998, Blackness Yes! – a community-based committee that works year-round to celebrate Black/Caribbean/African queer and trans history, creativity and resistance – has organized Blockorama.

Its mandate is to create a space for LGBTTIQQ folks of African descent and their friends, loved ones and supporters.

“We work to affirm, celebrate and ensure visible black LGBTTIQQ communities within Pride; to create a black cultural space within Pride that any black or black affirming person can be a part of; and to create a vehicle for HIV/AIDS information dissemination. We create spaces of resistance and celebration at Toronto’s Pride festival and at other community-based events year-round in Toronto,” says Blackness Yes!

The committee is made up of members of black queer and trans communities that volunteer their time to put together the Blockorama stage program every year.

“We are happy to be working with members across of our communities to bring you a truly diasporic array of entertainment,” says the committee.

BQY: Black to the Future

For the second year, the new program, “BQY:  Black to the Future,” will once again be featured on North Stage, on June 27.

Programmed in collaboration with the Black Queer Youth (BQY) group at the Sherbourne Health Centre, the event showcases 4 hours of performances by youths, all completely programmed and presented by youths.

Norm Kelly, deputy mayor of the City of Toronto, said Toronto is hosting WorldPride for the first time.

“This international celebration will welcome thousands of people from around the world, who will come together to honour the past, celebrate the present and inspire a better future for LGBTTIQQ2SA communities,” he said.

LGBTTIQQ2SA is an abbreviation used to represent a broad array of identities such as, but not limited to, lesbian, gay, bisexual, transsexual, transgender, intersex, queer, questioning, two-spirited, and allies.