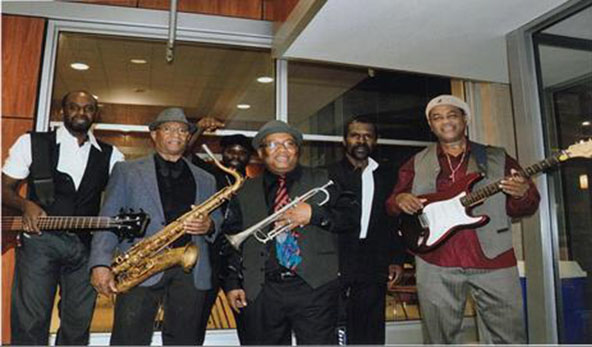 Based in Toronto, Peter Sandy’s Gamma Creole Band is set to entertain Durham next Sunday, June 29, at the Durham Caribbean Festival being held at the Greenwood Conservation Area in Ajax.

The festival is the highlight of Ajax Caribbean Week—as declared by Ajax’s Mayor Steve Parish, on Monday June 9, 2014.

Sandy and his 6-member band, hail from the southern Caribbean islands of Dominica, St. Vincent and Trinidad and Tobago, which is evident from its eclectic repertoire of musical genres. They include: reggae, soca, cadence-lypso (Dominica’s national music), zouk and R&B.

According to co founder and drummer, Garford George, Gamma Creole aims to provide professional, dedicated service, and to promote Dominican music, and in particular, cadence-lypso, to its Canadian audience.

“We want them to enjoy the band’s versatility and to hear original music,” says George. “We play music that reflects the dignity and pride of our cultures. We don’t play songs with profanity or offensive lyrics.”

He adds, “The band works towards being an irreplaceable, refreshing and powerful icon at the forefront of the music industry, bringing people together, touching every corner of the globe, and doing what we love.”

All members of Gamma Creole Band are seasoned musicians with experience performing before both large crowds — and intimate audiences. Gamma Creole band members say they possess the passion, finesse and experience to make any event, especially an island-themed event, nostalgic and memorable with sweet Caribbean music.

Sandy says a debut CD is scheduled to drop in late 2014. Meanwhile the band will be playing at events during the 2014 summer season around the GTA and environs.