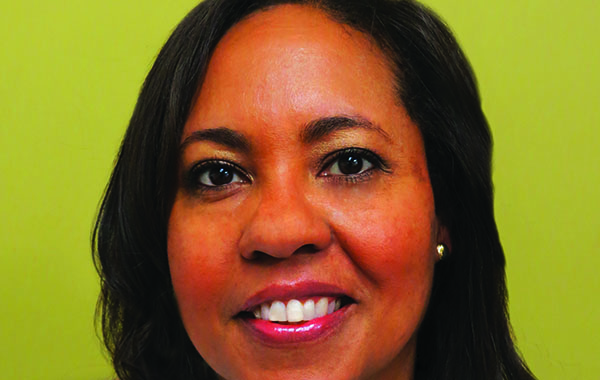 “I hope this will be a beacon of light in our community. Our goal is to make sure we brand it and promote Tropicana as a place of excellence in our community not only for youth, but for all our community members,’’ James-Henry told Pride News at last Wednesday’s annual general meeting (AGM) of Tropicana.

“It is so important that there is connection and I don’t think a lot of people are connected to anywhere. Tropicana is their community service organization and they can feel free to come here. We don’t own this place; the community owns it.’’

For more than a decade, James-Henry has been a Tropicana volunteer. She relishes the last three as president of the organization.

“It has been challenging,’’ she said. “It has been exciting; and because of my commitment to community work and to this organization, it was rewarding. I won’t change anything.’’

James-Henry is now a lifetime member of TCS, and remains on its board of directors as immediate past-president.

The board now has to choose a president from among its 13 executive officers that include former Grenada Consul General to Toronto, Jenny Gumbs, who is one of three new members named to the board of directors at the AGM.

In one of her last acts as president, James-Henry presented long-service awards to TCS staff. They ranged from five-year service awards to two, to a 25-year award to Edith Solano – a worker at Tropicana’s daycare centre.

TCS, a multi-service agency founded in 1980, has a “Strategic Plan’’ covering the period 2013-2017. In the plan, which is included in the organization’s annual report, Tropicana promises “continued support for programs that provide opportunities for employment or self-employment, youth engagement, and the alleviation of family violence.’’

It’s also interested in seeking “education outcome improvement’’ in the community, as well as “program leadership and partnership roles.’’

In the almost three-and-a-half decades since Derrick McLennon, the late Robert Brown and others launched TCS, the organization, for most of its existence has rented space.

The much valued services of tutoring, counseling and other social service programs to children, youth, adults and families found a new home as TCS broke new ground when it purchased its own building at 1385 Huntingwood Drive in Scarborough for $2.35 million. It was officially opened last December, though work is ongoing on phase two of the building.

In her report to the AGM, TCS Executive Director, Sharon Shelton reported that contractors are “working to schedule’’ on the building’s phase two that includes classrooms, a computer lab and gymnasium, and an art studio. For this phase of the work, the federal government has provided $613,090 in assistance.

The expected completion of the phase two work, said Shelton, is this August and “the grand opening should be in early October.’’

According to Shelton, the staff and directors of TCS “will remain committed and diligent in our pursuit of excellence in serving our communities for the years ahead.’’

In another first for the organization, it soon is expecting to have its own vehicle.

The pledge of a vehicle was made by Collin Welsh, Regional Development Manager of the auto repair industry company, CARSTAR Collision and Glass to TCS staff, directors and members attending the AGM.

Welsh said CARSTAR, in partnership with the Ottawa Senators’ Foundation, recently was involved in a similar vehicle donation initiative in the nation’s capital.

Under the partnership, three reconditioned Dodge Grand Caravans were donated to charitable organizations, including the Boys and Girls Club of Ottawa and Ottawa Community Housing.

“We wanted to give back,’’ said Welsh, adding that contributing to the community is a very important part of what CARSTAR stands for.

Shelton thanked Welsh and CARSTAR for the vehicle offer.

Tropicana is also optimistic, Shelton said, that “partners, supporters and volunteers will continue to work with us in the building of healthy communities by creating opportunities for individuals and their families to thrive.’’