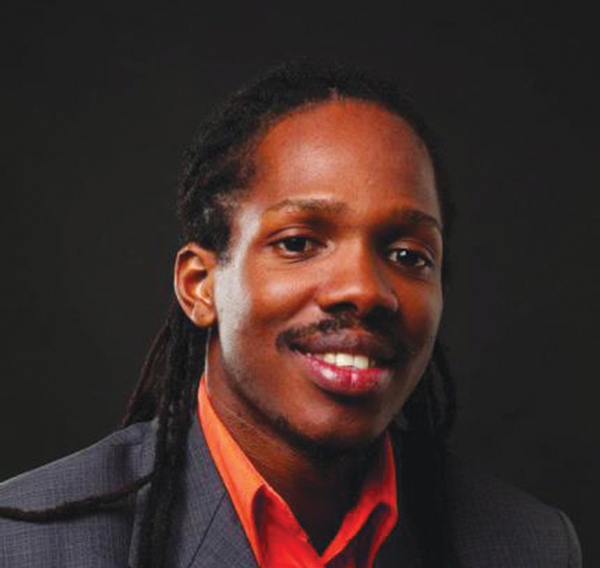 TORONTO, Ontario— Celebration and accomplishment has always been part of independent Jamaica’s framework. It is only fitting then, that during the 52nd Independence Gala, hosted by the Jamaican Canadian Association (JCA) this past Saturday, the permeating theme should be growth, progress and education.

Held under the distinguished patronage of Jamaica’s outgoing High Commissioner to Canada, Her Excellency Sheila Sealy-Monteith, the gala was a feast for the senses. Colourful flare decorated the room filled with the aroma of Jamaican cuisine and seasoned by the sounds of Arsenals Ska Band, serving healthy portions of music that dared your feet not to move.

The event continues garnering enough importance within the general African Canadian Community, as Emcee, renowned Jamaican Comedian Owen “Blakka” Ellis pointed out, to invite the presence of a Toronto Mayoral Candidate. Dressed in stunning red, a smiling Olivia Chow—complete with photographer and volunteers—made her rounds. Shaking hands, introducing herself, handing out business cards and politicking, Chow made it clear that she was depending upon the vote of those present that had a vote in the upcoming October elections.

It was the MPP for York West (in which riding the JCA falls), Mario Sergio, who in bringing greetings to the room first touched upon the topic progress. “Success means how much we contribute to our family, our community [and] our society,” Sergio said.

That sentiment was echoed by the High Commissioner, who in addressing the gathering said: “The JCA has special meaning for all of us because of its history, its contribution to the community and its continued relevance.” Monteith shared that one of her proudest moments of her tenure was a visit made to the JCA by the Prime Ministers of both Jamaica and Canada; calling the visit  one of the highlights of the Jamaica 50 Independence Celebrations.

She said the Jamaican Canadian Community “was exalted, as it should have been, by both officials. You were recognized and celebrated the way you deserve to be, for the great contributions which you have made to this country.”

Though said in jest, likening herself to John the Baptist—paving the way for the main speaker—may not have been far off the mark. Introducing the guest speaker, Her Excellency said she hoped he appreciated the impetus for the large number of Canadian tourists who visit Jamaica each year, among them being Jamaican nationals.

After very little adieu, the packed room welcomed Jamaican Minister of State in the Ministry of Tourism and Entertainment, the Honourable Damion Crawford.

Sworn in on January 6, 2012, Crawford entered representational politics in 2008, the same year he was elected President of the People’s National Party Youth Organization (PNPYO), an office he held up to April 2011. Crawford commenced a career in politics in order to make his contribution to changing the nation at the macro level, and represents the constituency of East Rural St. Andrew.

He is no stranger to tourism, having pursued a teaching career in this discipline prior to his political appointment. Crawford has been a lecturer of Tourism Studies and Marketing Management at the university level, lecturing at The University of the West Indies (UWI), the Mona School of Business, the University College of the Caribbean and the Excelsior Community College.

The Minister has worked on tourism related projects in the capacity of a project consultant to the Jamaica Hotel and Tourist Association (JHTA) and the Jamaica Conservation and Development Trust. He was awarded both the Master of Science and the Bachelor of Science degrees in Tourism Management by The University of the West Indies in 2005 and 2001 respectively.

His accomplishments include, among others, research papers and conference presentations on “Consumer side of Crisis”, University of Delaware/Utech conference on Tourism Management in May 2009; “Demographic Factors That Influence Tourist Destination Choice”, Ideaz Journal (Co-author) in January 2009; “Impact of Terror on Tourist Demand: Presented at the Hotel and Catering International Management Association (HCIMA) conference on Security and Tourism” in June 2006.

Crawford was recognized for his leadership qualities as a student at the University of the West Indies having been elected Freshman of the Year 1999-2000 for Taylor Hall, Taylorite of the Year and Hall Chairperson-Taylor Hall 2003-2004. In addition he served as Guild President of UWI for the period 2000-2001 while at the Centre of Hotel and Tourism Management and again from 2004-2005 at the Mona Campus.

He was catapulted his way to national prominence in 2004 after leading a much-publicized student protest at the University of the West Indies, Mona during his tenure as Guild President.

Crawford has also spearheaded a number of initiatives over the years. These include: a peace initiative in Spanish Town, St. Catherine; a free tutorial programme dubbed H.O.P.E (Helping Our People Excel) for Caribbean Examination Council (CXC) students, and a revolving loan scheme at the Credit Union for students in need. This Credit Union initiative now serves as a model for other Universities in Jamaica.

With independence celebrants at the JCA reading such an impressive bio for the 34-year-old, much was expected from his remarks. Those in attendance will be hard pressed to argue that they did not receive enough nuggets from the Honourable Minister to spur them into collective and individual action.

As dessert was served, Damion Crawford began a funny, articulate and timely speech that evidenced his intelligence, passion, and dedication to a nation of prosperity. Saying that he was confident Jamaica would find a way through its current challenges, in the same manner that it always does, Crawford expressed his knowledge that Diasporic Jamaicans held the same confidence. “That is why you invest so much in Jamaica without the numbers showing on the books,” he said.

Warming up to the expectant room, Crawford all but sermonized, “You know that something in our spirits causes us to run faster than everybody else…. Something in our spirit causes the poorest man to feel like he is a star.” In expressing his appreciation for that spirit, Crawford said he was grateful to the JCA because, “Power is directly correlated to organisation.” He noted that, “if people are not organised, they are not powerful.”

The Minister lauded the work and stressed the importance of Diasporic organization in general and the JCA in particular. It was then that Crawford shared his concerns—in a seeming plea to Jamaican National here in Canada, to become a part of the process of governance.

Crawford said his, “greatest concern is that Jamaica is losing its fear of God.” That seemingly simple statement sparked spontaneous applause—if even uncomfortable for some. He said that he believed that the country has moved too far from God, and has ceased pleasing God. To that end, says Crawford, he wanted to impart the importance of freedom, and its relationship growth and prosperity.

Spending twenty minutes to make sure the audience understood his salient points, the energetic Crawford had one clear message: In the bid to help Jamaica and Jamaicans achieve their greatest potential, there must be a collective effort by Jamaicans on the island and throughout the Diaspora to compel government and NGOs into a position of securing a better future for the citizenry.

“Equal opportunity is the basis of Christianity,” said Crawford. That is the singular message which must be heralded from the gullies to the government houses: for a nation to progress, its people must progress. “The people’s responsibility to please God,” Crawford continues, “is to progress.”

It is his theme, it is his charge.