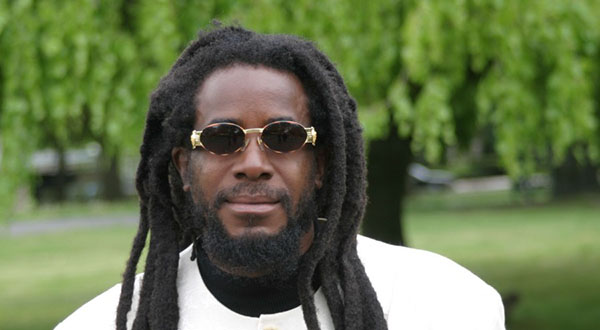 TORONTO, Ontario — Attended by more than 10,000 individuals each year, Toronto International Jamaica Day is a rich offering of all things Jamaican. Organiser Cornel Davis and his team continue to use the event as a method to showcase new artists while celebrating industry veterans in an entertainment packed day. Brampton remains the city of choice, with Wild Water Kingdom again playing host to Jamaica Day from 12 noon until 10:00 PM on Saturday, August 30, 2014.

The rhythms that help to create the Jamaican musical identity have always included genres that were not indigenous to the island. It is fitting then that a staple of the cultural tapestry forming the Jamaican consciousness be included in the 24th annual Jamaica Day Celebration. Headlining “Toronto’s #1 Family Culture & Music Festival” will be International Icons of Rhythm & Blues (R&B), The (Original) Manhattans— Featuring: Gerald Alston and Blue Lovett.

The Manhattans have achieved incredible career longevity by adapting their musical style to reflect changing times. Formed during the 1960s as a doo wop-influenced R&B quintet, the Manhattans reinvented themselves as soul balladeers. With numerous hits and chart toppers spanning five decades, the R&B Hall of Famers have a special affection for Jamaica.

They have visited the largest English speaking Caribbean nation on countless occasions since 1973; saying they have nothing but love for the Jamaica. The group’s website reads: “In 2004, The Manhattans kicked off their 40th anniversary in the business with a 6 day tour of Jamaica. The performances were so amazing and well received that video tapings of the performances continued to air on Jamaican television for months. Thank you Jamaica for starting off The Manhattans’ 40th year with a bang.”

To that end, Jamaica Day patrons are in for treat by veteran artists intimately familiar with the nuances of Caribbean peoples—an often unforgiving group.

Some say it is kismet that The Manhattans and Jamaica share the milestone of their anniversaries—the group being formed and the nation gaining independence in 1962. Intertwined then are these two, and that symphonic synergy will swell to create a vibe that it decidedly unique and ultimately beautiful. There may very well be a kiss or two, but there doesn’t seem to be a goodbye in this relationship.

Also gracing the Jamaica Day stage will be reggae stalwart, Half Pint. Born Lindon Andrew Roberts, the West Kingston (Rose Lane) native began singing in the All Saints’ Primary School Choir. Hailing from the community which produced such legends as, Toots Hibbert, Peter Tosh, Dennis Brown, and Bob Marley, the singer sought work as a vocalist within the Jamaican music industry in 1976 after completing his secondary school education.

Seven years later, Half Pint released his first single, “Sally”, followed later that year with “Winsome”, both phenomenal hits. The single, “Winsome” was covered by The Rolling Stones in 1986—renamed, “Too Rude” on the album “Dirty Work.” His work has complemented various films, and continues to be relevant, more than thirty years after his first hit.

Half Pint’s impressive body of collective work form an important part of Jamaica’s musical landscape, and Jamaica Day attendees will be privy to his tremendous talent. Novices to the music will learn, and aficionados will appreciate the smooth sounds being belted out by the giant that is the long dreadlocked Half Pint.

Ska or Soul, Reggae or R&B, the outcome is the same—a movement of the body and an understanding of emotions often only translated through the universal language of music. Jamaica Day 2014 will facilitate that communication between art and lovers of art.

The event which has been, “awarding reggae achievers since 2006” will also feature varied contests. A new element will be the “Soun Klash”; five top DJs compete for cash. The DJs are: Military, with Allan Ladwill; DJ Corey; Black Integra, DJ Anson; DJ Ian, The Mixmaster; and Starboy Sound.