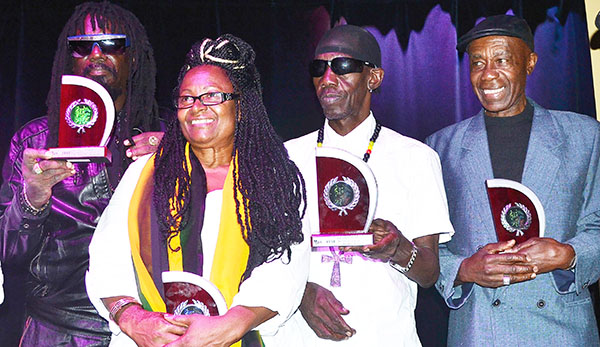 Rastafest: From Parking Lot Entertainment To Thousands In The Park

It started as a university thesis project for Masani Montague and the Upfront Theater productions for entertainment and fun; years later Rastafest is drawing crowds in the thousands. Rastafest is a multi-disciplined festival showcasing different aspects of the Rastafarian culture. Produced by Upfront Theatre Foundation, a non-profit, social justice, community organization and promoted by Masani Productions, it was first staged at York University in July 2007. Due to the overwhelming support from patrons, the festival ventured out to the Jane and Finch community, and was successfully staged in the parking lot of Jane and Finch Mall from 2008 to 2010.

The Rastafarian flag—the conquering lion of Judah, symbol of the Ethiopian monarchy, with green, gold, and red, which would later be adopted by many African nations, becoming pan-African colors—could be seen as the reggae music blasted from the speakers, while people lined up to get a taste of the various Jamaican and Caribbean Cuisines.

Vendors were selling all kinds of Rasta-wear, ital roots and health drinks. There are three main Mansions (sects or orders) of Rastafarian today: the Nyahbinghi Order, Bobo Ashanti and the Twelve Tribes of Israel. All agree on the basic principles of the divine status of Haile Selassie and the importance of Black images of divinity.

The Rasta Fest recognition awards was held following the festival at the Seven44 club with: International artist awards going to General Trees and Cornell Campbell; and Canadian Artist awards to Jay Douglas and Nana Mclean; while the Rastafest reggae band award went to the Mountain Edge Roots ‘n Culture Band.