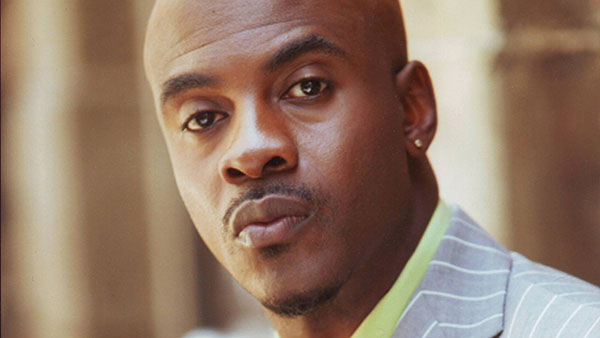 “Black lives matter. No, they really do. I hear the preaching, but I see no change.” This is the first line of a timely social commentary by Maestro Fresh Wes (whose real name is Wes Williams) the Godfather of Canadian Hip Hop, in his newest single, I Can’t Breathe. Produced by Tone Mason, the single features Toronto’s King Reign on the hook.

Strongly inspired by the Eric Garner story in the US, and motivated to release it immediately after hearing of the New Year’s Eve shooting of Director X, who directed his 1998 video for Stick To Your Vision, I Can’t Breathe speaks of how both external and internal forces are stifling the Black community, so that members of the community are part of the problem and part of the solution.

In the wake of his newest single and his impressive and voluminous portfolio of work as an entertainer, actor, author, motivational public speaker and community builder, Williams — who is of Guyanese heritage — will receive the African Canadian Achievement Award (ACAA) for excellence in the arts and entertainment.

The prestigious gala event will take place on Saturday, February 21, at the Jane Mallett Theatre, inside the St. Lawrence Centre for the Arts, 27 Front St., East, Toronto.

As one of Canada’s most successful and influential Hip Hop artists, Williams was selected to be the guest speaker for Michaëlle Jean, Canada’s former Governor General, at the Summit on Urban Arts when Her Excellency visited Vancouver, BC.

Williams, born on March 31, 1968, has received two Juno Awards —  Rap Recording of the Year and Video of the Year — and his albums have reached gold and platinum status. His signature song, Let Your Backbone Slide, was the first Canadian Hip Hop single to ever go gold.

In 2014, an Olympic-inspired version of his hit song Reach for the Sky was included in Road to the Olympics. Originally released on Maestro’s album Orchestrated Noise, the song was re-recorded with lyrics inspired by the athletes’ journey and their perseverance and dedication to their sport. Performed by Maestro Fresh Wes and featuring Blue Rodeo and Classified, it debuted in the one-hour special and was heard during coverage of Sochi 2014 as the soundtrack of a montage on CBC’s Olympic Primetime with host Ron MacLean.

Williams — who appears as Paul Dwyer in the CBC television series, Mr. D — is one of the finest actors in the country, says award-winning, Canadian film director, Gail Harvey.

An inductee into the Scarborough Walk of Fame, Williams is also the recipient of The 2003 Reel World Film Festival Trailblazer Award.

He appears alongside an all-star cast, including Linda Hamilton (The Terminator) and Sharon Lawrence (NYPD Blue), in the George F. Walker/ Dani Romain HBO Canada drama series, The Line.

Williams was praised for his portrayal of Tony Bogard in Redemption: The Stan Tookie Williams Story, which also starred Academy-Award winner, Jamie Foxx, as the former gang leader/Nobel Prize nominee.

He has appeared in several other film and television projects including Poor Boy’s Game, Instant Star, Four Brothers, Soul Food and Paid In Full.

A Gemini Award nominated actor, Williams is also the author of the critically-acclaimed book, Stick To Your Vision: How to Get Past the Hurdles and Haters to Get Where You Want to Be. Endorsed by Her Excellency Michaëlle Jean, as a “plan for action,” the book shows individuals how to define their vision, how to achieve it, and what to do once they are there.

The book was shortlisted for the Forest of Reading – White Pine Award; an annual literature award sponsored by the Ontario Library Association (OLA) that has awarded Canadian young adult books since 2002. His desire is to empower his community because his community has empowered him in many different ways.

Always community-oriented Williams has made a serious impact on the country in many different capacities. He continues to support several charitable organizations such as War Child, Save The Children, Covenant House, Special Olympics, Battered Women’s Support Services (BWSS), and The African AIDS Society.

Williams’ inspirations include athletes, his community, other artists such as actors and musicians and anyone who has a vision and the drive to make it manifest. The Godfather of Canadian Hip Hop hopes to be the inspiration for many by expressing himself through his music, acting and speaking.

Lyrics from Williams himself may shed light on his thinking and the reason for his musical success, accolades and awards: “Hands up—for the descendants of the middle passage, too strong to use the past as a crutch.”

Check out Williams’ new video by clicking on the link.