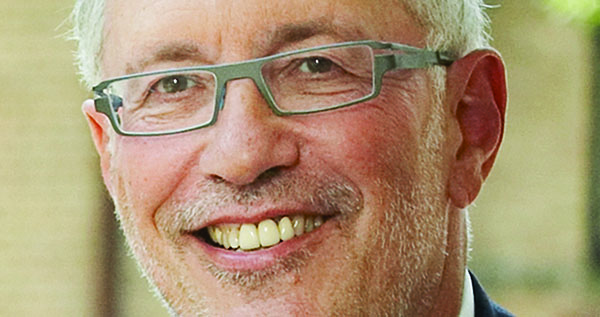 TORONTO, Ontario – Sheldon Levy, president and vice-chancellor of Ryerson University, is committed to building the university – its physical presence and its reputation.

Nowhere is that more evident than in the recently opened eight-storey Student Learning Centre at the corner of Gould and Yonge streets, former location of the iconic, Sam the Record Man.

He promised to give the university a presence on Yonge Street ten years ago and on March 31, at the official opening, noted that the new centre is “Ryerson’s gateway to the community and the community’s gateway to Ryerson.”

On that same day, the university received an award from Canada’s Best Diversity Employers competition, which honoured 65 Canadian employers with exceptional workplace diversity and inclusion programs. This came a few months after Ryerson was recognized as a Top GTA Employer for its inclusion initiatives.

The competition evaluates institutions based on the strength of their initiatives/programs aimed at five major employee groups: women, visible minorities, persons with disabilities, aboriginal peoples, and lesbian, gay, bisexual and transgender/transsexual (LGBTQ) peoples.

Speaking about the employer award, Levy says the university has a program and value, People First, which “always reminds all of us that although we have employees, those employees have families and they have all sorts of the normal issues that a family has and that we should always keep in mind that the strength of the university is about people.”

Regarding the diversity award, he says Ryerson has a whole program and a senior appointment that is “EDI – which is equity, diversity and inclusion and I would say it’s the DNA of the university, the lifeblood of the university is inclusion. If you just walk around the campus, you can see it everywhere you go so it’s as natural as breathing around Ryerson.”

The university established an Office of Equity, Diversity and Inclusion (EDI) and appointed Dr. Denise O’Neil Green as assistant vice president/vice provost for EDI to oversee it.

After a ten-year tenure at Ryerson, Levy was to retire this year as president and vice chancellor, but at the request of the board of governors, has decided to stay on for up to two years.

“We had sincerely hoped that at this time we would be announcing the completion of our search. However no candidate for the position is being brought forward to the community.”

She noted that the committee “has finished its work and for practical reasons will not be continuing – a number of committee members are not going to be available because of other commitments, and some will no longer be serving as members of either the Board or Senate.”

“I would never leave the university unless it is in good hands,” he says, noting that he agreed to stay on, “simply because you never want to leave at the wrong time and that would have been a wrong time to leave.”

Among his major plans are: the Church Street Development on Church Street, just north of Dundas, that he hopes to get off the ground and up in the sky; and a recently launched new academic plan of the university, led by the vice provost, in which he is looking forward to seeing Ryerson’s success in entrepreneurship and innovation continue to grow around the world and to continue to build Ryerson’s reputation.

In September, Ryerson will open a biomedical incubator at St. Michael’s Hospital, a project between the university and the hospital. Levy also hopes to be inside the MaRS Discovery District, near Queen’s Park, with the university’s science faculty next year.

Ryerson has already expanded beyond its initial downtown contours with its business school at Bay and Dundas, the Mattamy Athletic Centre (former Maple Leaf Gardens) on Carlton and Church, and a students residence on Jarvis St.

“In a downtown area where land is so scarce, if you see a plot of land that’s reasonably close you got to consider getting it because if you don’t get it, its gone for a hundred years,” he says.

In his greeting as co-chair of the recently-held University of the West Indies Toronto Benefit Gala, Levy said Ryerson was proud of its academic partnership with the UWI through the G. Raymond Chang School of Continuing Education.

The late Ray Chang, former chancellor, was the champion of this and introduced Ryerson to the UWI.

“The first one that I can recall was a wonderful partnership in nursing and that expanded to not only Jamaica but right through the UWI group. On top of that, that helped us to develop the program at the university,” he says, noting that he spoke to  E. Nigel Harris, vice chancellor, UWI, who retires this year, about looking at ways to work together.

“One of the ways is just as we are building incubators in India and South Africa and have been so successful in helping those countries have their young people start successful companies. One of the areas that we could consider is, should Ryerson work with UWI and open an incubator, say in Jamaica, much like we did in South Africa and India.”

Levy is recognized for championing an entrepreneurial academic model with the international impact of both the Ryerson Digital Media Zone and the Centre for Urban Energy, and is dedicated to student success, distinctive programs and research, and the university’s role as city-builder.

He was awarded a BSc, MA, and Doctor of Laws honoris causa by York University, and lectured in computer science and mathematics.

Upon retirement, Levy is planning to ride his motorcycle a lot, enjoy his family, and travel as much as possible.

For now, he is excited about Ryerson being the host of the women’s and men’s basketball championships of the Pan Am/Parapan Am Games at the Mattamy Athletic Centre, and he is looking forward to the Games being held in Toronto.